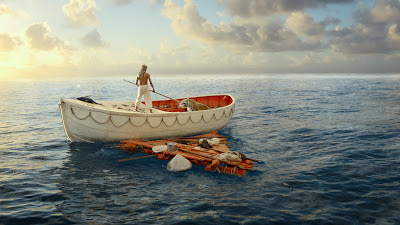 UPDATE: We were right.

It’s time to fire up The VFX Predictinator!

Let’s summarize the history of The Predictinator in a few delightful bullet points:


Since creating the formula, we’re three for three. In essence, we have a formula that has correctly predicted the visual effects Oscar winner for 23 years in a row.

Let’s see what The VFX Predictinator says about the nominees this year, the 85th Academy Awards nominees for Best Visual Effects:

Is The Predictinator’s choice of “Life of Pi” surprising to you?  When it comes to popularity, “The Avengers” and “The Hobbit: An Unexpected Journey”, both gigantic blockbusters, are far more exposed than “Life of Pi”, a relatively small art house film directed by the celebrated filmmaker, Ang Lee. Before the nominations even were announced, I wasn’t shy with my early prediction that “Hobbit” would take home the gold.  The staggering volume of quality work in both “Hobbit” and “Avengers”, along with the fact they’re both part of beloved franchises, I thought, might be enough to take either film to Oscar victory.

By the time the nominations were announced, however, the filmmaking community became much more aware of the astounding visual effects work in “Life of Pi”, and the film’s momentum really picked up.

“Life of Pi”’s Predictinator margin of victory over “Avengers” and "Hobbit", the films that earned the second and third highest scores, is similar to “King Kong”’s edge over “Lion Witch and the Wardrobe” from 2005, and also similar to last year’s “Hugo” victory over “Rise of the Planet of the Apes”.  It’s not a decisive, overwhelming marginal victory (like 2001’s “Fellowship of the Ring” or 1997’s “Titanic”), but a solid victory nonetheless.

The whole point of The VFX Predictinator is to get into the head of the typical Academy voter, so let’s dive into the formula’s mechanics and see how each film scored its points, and how each films’ chances were strengthened or penalized by each piece of criteria as defined by The Predictinator.

Let’s start with the two films with the lowest scores, “Prometheus” (3.3 points) and “Snow White and the Huntsman” (3.78).  These films had relatively modest box office tallies and were both released in June, and aren’t really on the Academy’s radar, only earning 1 and 2 Academy Award nominations, respectively.  The primary effects for “Prometheus” did not consist of organic character animation, which hurts its chances, since Academy voters generally lean toward voting for films with prominent CG characters. “Snow White” certainly had its fair bit of character work, but doesn’t qualify for ‘main character CG facial acting’, since none of the CG characters had a significant ‘performance’ role in the film.  We also gave this type of scoring to “Harry Potter 3” back in 2004, which also had a great deal of organic character animation, but no ‘main’ characters with facial acting performances.  “Snow White” was the only film to have an Academy Award winning actor in a lead role (Charlize Theron), which earned it a point.

“Hobbit” and “Avengers” both had strengths and weakness, almost at opposites to one another.  “Hobbit” had a modest Tomatometer rating (65%), while “Avengers” had the highest of the nominees (92%), and also doubled “Hobbit”’s box office take.  “Avengers” was a box office behemoth, earning over $1.5 billion around the world, which earned it the most Box Office points (.82, versus “Hobbit”’s .35).

“Avengers” was a May release, which hurts its chances of winning the Oscar, as opposed to “Hobbit”’s December release date.  And although Hulk is an important character in “Avengers”, the primary effects for the film revolve around the superheroes’ amazing abilities, fantastic environments (New York City, Helicarrier) and destruction effects, while “Hobbit”’s giant cast of animated characters qualify it for both animation categories.   The two films earned almost the same Predictinator scores, as a result.

What gives “Life of Pi” its decisive edge?  It had a very strong Tomatometer rating (89, right behind “Avengers”’ 92), and its release date was late in the year unlike most of its competition, which also helped its chances of winning the Oscar.

But the single most decisive criteria for “Life of Pi” is its Oscar acclaim.  The film earned a total of 11 Academy Award nominations, far greater than any of its visual effects competition, and is generally regarded as one of the most critically acclaimed films of the year, along with “Lincoln”, “Django Unchained”, “Zero Dark Thirty” and “Argo”.  “Hobbit” earned only three nominations, “Snow White” earned two, and “Prometheus” and “Avengers” only earned its visual effects nomination.  With “Life of Pi”’s eleven nominations (second only to “Lincoln” with 12), it garnered a whopping 2.75 Predictinator points, while none of the other films earned the minimum threshold of nominations to receive any points in this criteria (four nominations are the minimum required to begin earning points in this criteria).

How important is Oscar acclaim? Over the last 23 years, the film that earned the most Oscar nominations among the nominees won the visual effects award 19 times.  “Life of Pi” is absolutely on the radar of Academy voters. 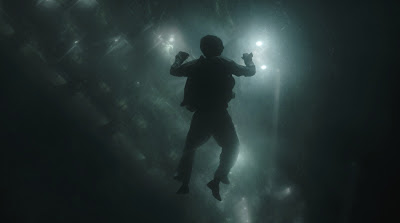 An interesting observation about this year’s crop of nominees: we aren’t considering any of the five nominees sequels. “Hobbit” and “Prometheus” are prequels and “Avengers” has a gathering of existing characters from other film series, and was not a continuation of a specific film series.  This is only the third time in 11 years where none of the nominees are considered sequels.  (If a nominee is a sequel, the Predictinator formula takes away points, since the Academy historically doesn’t like awarding sequels.)

For a moment, forget about the statistical analysis and let’s think about the typical Academy voter.  As The Los Angeles Times has shown in their “Who’s Who in the Academy” series, we know that the vast majority of Academy voters are white males over 60 years old.  Historically, Academy voters prefer to reward safe, acclaimed films.

The typical Academy voter will feel good about voting for “Life of Pi”, a film created by a celebrated director, a film that is well-loved by the establishment, and also earned 11 total nominations. Voters will be much more hesitant to vote for “Avengers”.  Although voters may have liked the film and appreciated the amazing character work of Hulk, “Avengers” is still another superhero movie that earned a billion and a half dollars at the box office.  The story is similar with “Hobbit”; a voter will ask himself, ‘wait, didn’t we already give three visual effects Oscars to ‘Lord of the Rings’ movies?  And they’re making three more? Voters are less likely to want to reward these films. 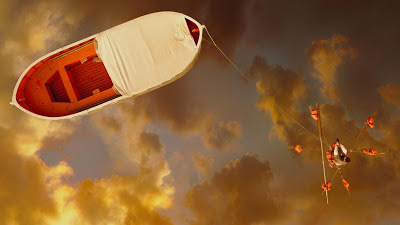 The visual effects of “Life of Pi” are also unique in another way; the world of the film is bathed in stylistic beauty unseen in recent films. The movie is dripping with aesthetic eye candy, particularly with its environment work.  The dreamlike, surreal atmosphere of the world of “Life of Pi” is experimental and unlike typical visual effects films, and not dissimilar from another Oscar winner, “What Dreams May Come” from 1998.  Both films took their abstract imagery to new heights, and Academy voters are keen to reward these kinds of films.  As a reminder, “What Dreams May Come” took home the visual effects Oscar over another colossal blockbuster, “Armageddon”.

Also worth mentioning is the elephant in the room, which in this case is actually a fully photorealistic tiger.  The computer generated Richard Parker in “Life of Pi” is regarded by nearly everyone who has seen the film as an extraordinary work of art.  The realization of the tiger is a tremendous triumph of artistic visual effects creation, not dissimilar to the giant achievements in CG characters from “Terminator 2”, “Jurassic Park”, Gollum from “The Two Towers”, and Davy Jones from “Pirates 2”, all of which are Oscar winners for visual effects.  The ultra-photorealistically animated and rendered tiger (and zebra, orangutan and hyena) in the lifeboat literally sitting in stylized, abstract environments invites discussions about the very nature of visual storytelling, combining realistic elements with fanciful worlds, and gets to the heart of the metaphors and narratives of the richly textured film.  It’s a different type of visual effects film, and voters will want to reward it.

After creating The VFX Predictinator, some say that its predictions of “Avatar” and “Inception” victories were fairly, ahem, predictable.  Its correct prediction of “Hugo”, however, showed that the formula can be thrown a serious curve ball and still hit a home run.  I consider this another ‘curve ball’ year; both “Hobbit” and “Avengers” are well-exposed blockbusters, and “Life of Pi”, even with its tremendous visual effects, does not have an inevitable victory.  We’ll see what happens when the Oscar winners are announced on February 24.

The nominees for the 85th Academy Awards have been announced.  As always, the winner of each category will be voted upon by the full Academy membership.  The awards ceremony takes place on February 24, 2013.

Here are the nominees for Achievement in Visual Effects, for the 85th Academy Awards:

The Visual Effects Society has announced the nominees for the 11th Annual VES Awards.

"The Hobbit: An Unexpected Journey" leads all live-action feature film nominees with seven nominations.  "Life of Pi" and "The Avengers" earned six nominations, while "Prometheus" earned three, and "Battleship" and "The Impossible" earned two each.

The awards will take place on February 5, 2013 at the Beverly Hilton Hotel.

The following are nominations for live-action feature film categories.  To see all the nominations, visit FXGuide's coverage.  For more information on Visual Effects Society, visit their website.