Movie Marketing is Hard! "From The Director of TRAINING DAY", updated!

Since directing the magnificent "Training Day" thirteen years ago, Antoine Fuqua has directed six more feature films. Every single film predominately featured the exact same card in its trailer: "From the director of TRAINING DAY". This year, however, with the release of the first trailer for "The Equalizer", the filmmakers have added "and OLYMPUS HAS FALLEN", which earned over $161M worldwide at the box office to the card. 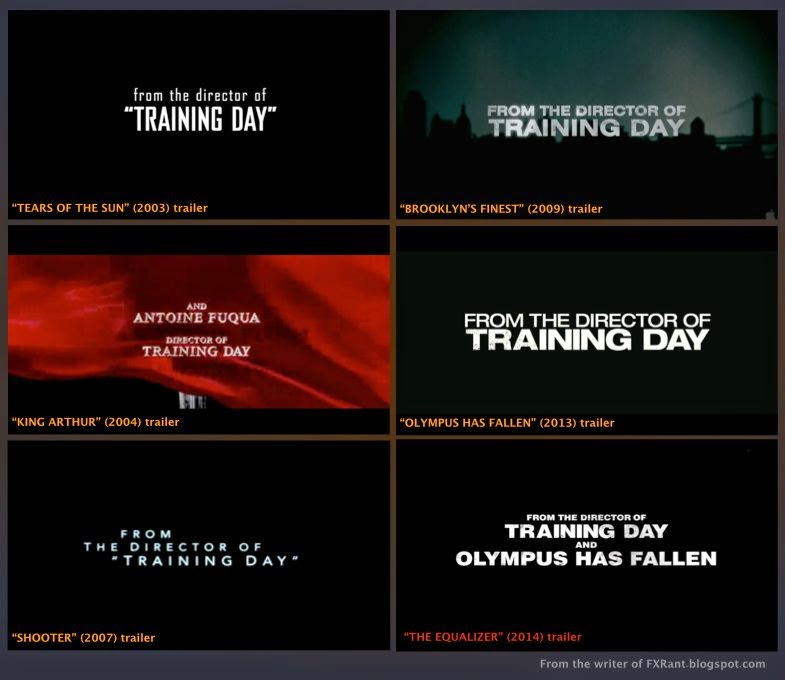 Showing my work-- feel free to click on these links: Tears of the Sun, King Arthur, Shooter, Brooklyn's Finest, Olympus Has Fallen and The Equalizer.