Scenes From Movies with Music From Other Movies 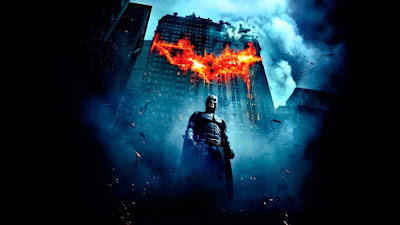 The amazing armored car chase from "The Dark Knight" (2008) was presented without any musical score from Hans Zimmer, so I always wondered how the sequence would play if it had other music underneath.

So I put a track from "Dunkirk" (also directed by Christopher Nolan and scored by Zimmer) underneath the chase sequence on Lower Wacker Drive in Chicago.

And then I wondered what the sequence would feel like if it had music from the truck chase in "Raiders of the Lost Ark", so here it is. The track is "Desert Chase".

Another one of my favorite car chases of all-time is the San Francisco chase in "Bullitt" (1968), which also doesn't have any musical score. So I again took the "Dunkirk" track ("Supermarine") and put it underneath the chase sequence.

I did all of these edits in near-real-time, meaning, I basically threw together the sequence and the track, did a tiny bit of editing and levels correction, then rendered the sequence (I spent only a little more time working on it than the sequence itself).

Todd,
What a great study in the anatomy of a chase. The Supermarine track only takes already intense scenes and makes my heart pound even more.

What really stands out in both tracks is the timing, it's uncanny the musical hits that line up with both scenes. But particularly the Raiders theme with the Dark Knight. That was crazy. - Might be worth editing chase scenes, to that track, in the future to ensure the right pacing.

Someone, maybe you, awhile back did a comparison of the various Starwars trailers - to a similar effect, lining them up against each other, and again uncanny, (though likely planned) you cats obviously know what you are doing there in the galaxy far far away. But almost shot for shot in the timing there is a very specific type of model that works, which is why I guess we use it over and over.


As a total aside. When Noland was in Chicago filling The Dark Knight the excitement level and mystery sounding that film was so palpable. I found myself in my off hours wondering the streets trying to catch a glimpse of the crew. (I did a few times.) When they blew the parking deck (the hospital) up, literally nothing else was going on in the city. It stopped. I was standing on the roof of my office building about 3 miles away from that location, with my binoculars. The implosion, in real live was impressive, and you could feel it in your chest. Every news helicopter was in the air - all eyes where on that scene. It was crazy. The whole city was cheering for Noland and Ledger and of course Batman!

Opening night of that film at the River East on Illinois St was the most insane movie experience of my life. I have never seen the people of Chicago more excited (other then when the Cubs won) than that moment. "Electric" would be the only word to describe it.

Too much rambling here. All that to say, thanks for the post.

Thank so much, I really like it. So if you can download ringtone, then even more wonderful.