And it looks fantastic.

It's been really hard. But it was a joy-- because the people involved are so incredibly brilliant. It doesn't hurt that they're some of the coolest, kindest people on earth. "An honor and a privilege" doesn't do this experience justice.

You're gonna love it. The rain will be brought.

Well, at least the effects.

Appearing As Himself: Sam Elliott 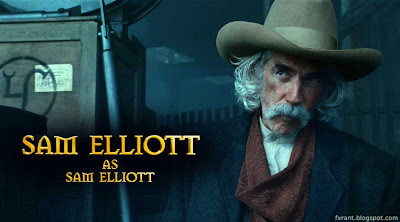 An actor with a powerful presence, Sam Elliott doesn't seem to get the chance to flex his acting range. He kinda ends up playing Sam Elliott over and over again. He's the displaced cowboy with the "It's What's For Dinner" voice, looking up at ya with that long face, slowly dishing out some oddly profound advice with a fantastic drawl.

Of course, that mustache does most of the acting for him. The giant cowboy hat helps, too. 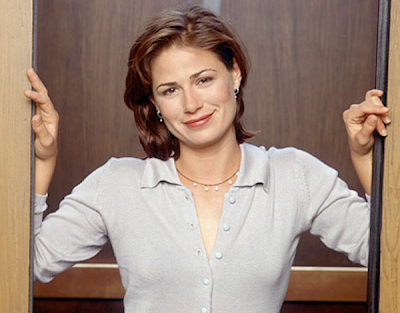 A gifted comedienne and dramatic actress, Maura Tierney is one of America's greatest actresses. She has a staggering range; she can play vulnerable characters, powerful characters, purely comedic characters, and sometimes all of those simultaneously.

Her breakout role was on the brilliant show, "Newsradio;" she played reporter Lisa Miller and was an important part of one of the most fantastic ensemble casts in television history (along with Dave Foley, Stephen Root, Andy Dick, and more). Even in her role in "ER," joining the cast long after the show had jumped the shark, she brings gravitas and intensity to every single episode.

Do you like it when things blow up? If so, you'll be very happy on July 4. Then you'll learn what this guy is shooting at.

To get a taste of Bayhem, click here and make sure you watch it in HD. 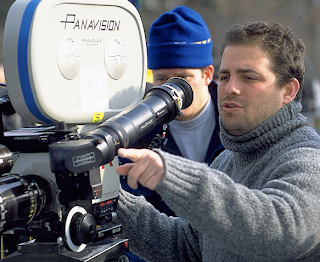 Submitted for your approval, a new term:

Professional Screenplay Filmer
noun - 1. a film director who photographs a motion picture screenplay and adds the minimum personal vision or style to the project required; 2. a reliable, predictable director whose films finish on budget and on schedule (which makes him attractive to studios); 3. a filmmaker who creates bland, mildly entertaining yet ultimately forgettable, non-threatening films. Examples include: Brett Ratner, Ron Howard, Chris Columbus. 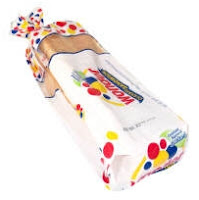 A nice little New York Times article about marketing an original summer movie amidst a sea of sequels.

“Wonder takes time,” said Brad Bird, the movie's director. “You don’t rush wonder. You have to coax the audience toward you a little bit.”

For a summer whose blockbuster films include:
... releasing an original movie like "Ratatouille" seems positively quaint. Article includes a blurb from Bob Gale, co-writer of one of the most original blockbusters of the last 30 years, "Back To The Future."

“It’s tragic,” the screenwriter Bob Gale said of what he sees as Hollywood’s lost inventiveness.

article:
It’s Not a Sequel, but It Might Seem Like One After the Ads
By Michael Cieply, The New York Times