I love how author David Bordwell launches into a topic and digs deep. One of his terrific articles is "Unsteadicam Chronicles," from his website. I don't necessarily agree with his viewpoints, but I adore how deeply involved he gets with his material.

Personally, I thought the camerawork and cinematography of "The Bourne Supremacy" was brilliant. (Unfortunately, I haven't seen "Ultimatum" yet.) Like J.J. Abrams' "Mission: Impossible III," the Paul Greengrass' Bourne films, as well as Doug Liman's original Bourne film, are point-of-view superspy films, and the camerawork reflects this. In these cases, I believe that the handheld work does not camouflage or hide shoddy staging, set design, or acting (as his article suggests). The camera is moving as fast as our hero spy, and sometimes the speed is so intense that makes a scene abstract. I'm thinking primarily of "Supremacy's" car chase, with frequent cutting to blurry, intense Bourne-point-of-view shots.

However, as a general rule, I think is it paramount for a filmmaker to set up the geography of an action scene so that the audience can follow along with the choreography.

James Cameron is the undisputed master of orchestrating complex action sequences that take place over large expanses of space, and yet the geography is expertly laid out for the audience, allowing the audience to fully enjoy the sequence (see "Terminator 2," "True Lies," "Titanic," and "Aliens"). The opposite is true of Michael Bay, whose style suggests that every single shot is a hero shot, and its context is irrelevant ("Transformers," "Bad Boys II," "Armageddon").

As you may have guessed, I have a few articles in the pipeline concerning this subject. We'll be examining the construction of an action sequence from Cameron's "True Lies," as well as a scene from Bay's "Transformers," to illustrate how to create (and destroy) an audiences' sense of geography for an action sequence. 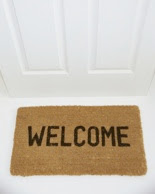 Hello, all you intrepid Defamer readers.

If you're still lounging around after reading about the interesting stylistic similarities between "Beowulf's" marketing campaign with "300," I salute you. And also question your sanity.

You'll find a lot of articles about visual effects techniques (I'm a visual effects artist at Industrial Light & Magic; I was a sequence supervisor on "Transformers" and "Mission: Impossible III"), filmmaking, sound design, Stephen Colbert and "The Daily Show," Apple, and a whole lot more. All in all, just a lot of good, clean fun, interspersed with questionable grammar and the occasional spelling error.

Make yourself at home. Leave a comment, while you're at it. In the end, I just hope you have a good time.

Another in our series, titled "Movie Marketing is Hard!", illustrating the lack of creativity amongst studio ad campaigns. 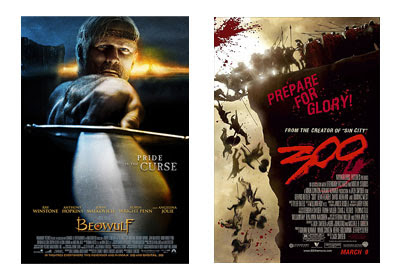 Zack Snyder's "300" made a lot of money. How much money, you ask? $450 million. Of course, if you asked the marketing geniuses at Paramount behind the "Beowulf" ad campaign, I'm sure they would have corrected me, and answered "$456,068,181, domestic plus global."

Why would the Paramount marketing team know this fact so intimately? Well, it's clear that they've been studying the ad campaign for "300" very carefully. Among many stylistic and clear similarities between each films' trailers, here are a few highlights:

Both trailers have the lead, bearded, warrior hero, in closeup, loudly proclaiming that "THIS! IS! SPARTA!", or, "I! AM! BEOWULF!"


Each trailer has an anachronistic guitar-riff-filled montage of violence, wrapped up with our warrior hero proclaiming something about "TONIGHT..."


And, most obviously, each trailer's graphics are rough, bold, blood red, and set against time-lapse clouds with lightning bursts. 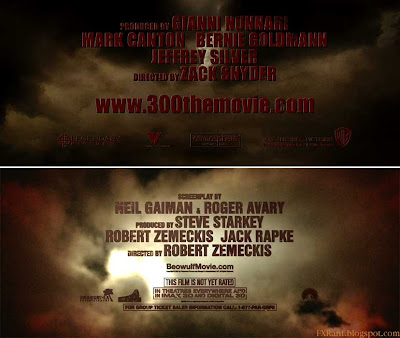 Sure, there are some broad, thematic similarities to both pictures. But the "Beowulf" trailer is clearly trying to mimic the success of the "300" campaign, with no attempt at subtlety or, perhaps, advancing on the style that "300" created. There are several different ways to market a film. It takes a gargantuan lack of creativity to simply carbon-copy a previously successful campaign. 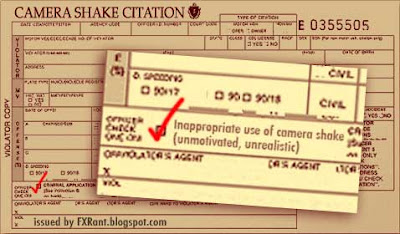 In an effort to educate visual effects artists on various techniques, we dutifully write up a Camera Shake Citation to "The Sentinel," the 2006 thriller directed by Clark Johnson, and starring Michael Douglas. In the offending scene, a helicopter comes under attack from a surface to air missile, and gets blown out of the sky.

So what's wrong with this camera shake? Let's first analyze why the camera would be shaking in the first place. 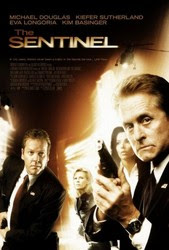 The visual effects artists' job, in this case, is to make you believe that a giant helicopter just got nailed by a missile in real life, and the filmmakers set up this elaborate stunt, in real life. So we need frame this shot like a pyrotechnics stunt that was filmed.

If the digital artist had delayed the camera shake a few more frames (let's say, four), it would have lent the shot a much more realistic feel. Subconsciously, the viewer accepts the fact that a blast of air needed a few frames to reach the camera.

In addition, it would have made the scale of the shot feel much bigger. With the camera shake starting on the precise start of the event, it makes the event feel small, more intimate. To give an explosion shot more gravitas, make sure you give enough time for a shockwave to actually hit the camera's position before starting to shake the camera.

Next time one of those "World's Scariest Explosions" programs (yes, that's a real show) is on television, make sure to watch it. There are dozens of examples of this phenomenon on a 'caught-on-tape' show like this. For example:


This is, of course, a ridiculously huge, real, explosion, but notice the time between the first sign of fire and the shockwave/camera shake. "World's Scariest Explosions" has many more clips like this.

One other unfortunate aspect of "The Sentinel"'s camera shake, is the initial zoom. There's an obvious animated scale-up of the comp as the camera shake begins (you can tell from the radial blur along the edges of the frame, and the fact that the image gets larger). Are we to believe that the camera operator, shocked by the explosion, instinctively zoomed in to better catch the action? No. Compositors need to punch in on a shot to shake the camera in the comp - otherwise, you'd see the edges of the frame as we pan/tilt off the image.

In my experience, unless you can absolutely camouflage your animated zoom, you're better off keeping the shot scaled up from the start of the shot, and bite the bullet of a slightly tighter initial composition. If not, you'll get what you have right here - another slightly odd tick in a shot's camera shake.

The shot is actually fairly effective, if it weren't for the camera shake. The fireball is far too large and milky, and there really isn't any debris flying around. And the propellers don't seem to impact the fireballs at all. OK, well, maybe it isn't that effective of a shot. 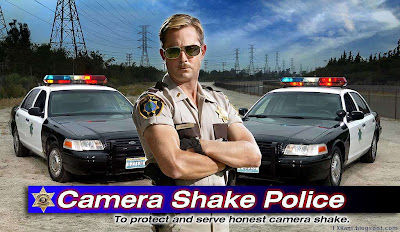 Our first Camera Shake Citation has been issued. Now, drive safely out there, and keep it under 55.