Yeah, it's a few weeks late, but I've been a bit busy finishing a film. On an unrelated note, the final trailer for James Cameron's "Avatar" is out in the world, and the Randomizer 2009™ software was cranked into overdrive and selected two images from the trailer.

The Cinematography of "Let The Right One In," Part 1

Illustrating a visual motif without being overt and obvious is not a simple task. Director Tomas Alfredson and his cinematographer Hoyte van Hoytema achieve this delicate balance in "Let The Right One In," the excellent Swedish thriller from 2008.

We'll present two posts on the cinematography of "Let The Right One In." In this post, we'll examine the geometric shapes formed within the images, and illustrating how the camerawork and production design work together to give the film a distinctive look. In the second post, we'll feature a few, simply cool images.

Hoytema frequently frames his shots with long lenses, allowing vertical and horizontal lines to remain parallel to the edges of the frame, giving the feeling of the shapes within the frame existing as subsets of the theater screen. Contrast this with, say, the wide-angle photography of Christopher Nolan's "The Dark Knight" (which we examined here: "Converging Lines and 'The Dark Knight'"). The production design and cinematography of "The Dark Knight" worked together to impart a sense of dread, a feeling of the decaying world collapsing around the characters. In addition, "The Dark Knight" was filmed with anamorphic lenses, which bow and bend straight lines giving even long lens shots a fish eye, distorted and abstract feel, while Hoytema chose to film "Let The Right One In" with spherical lenses (in Super35 for a 2.35 to 1 composition), minimizing distortion. Hoytema's images have straight lines that are parallel to the edges of the frame, emphasizing, coldness and geometric precision.

Alfredson, Hoytema and production designer Eva Noren use everyday objects to highlight this geometric precision. The window frames of Oskar's apartment building is used to great effect, along with the tiny jungle gym in the building's snowy yard (where we meet the mysterious Eli for the first time). Even props like the Rubik's Cube Oskar gives to Eli help drive home the visual theme.

For "Let The Right One In," the use of long lenses significantly reduces the impact of converging lines; wide lenses exaggerate perspective, while longer lenses compress perspective. When a zoom lens is framed on characters, it isolates and focuses the subject. Using longer lenses also exaggerates and enhances the feeling depth of field, so extreme foregrounds and backgrounds drift in and out of focus, further isolating our characters.

American Cinematographer Online has a short article about the film here, called "An Unusual Romance," from December 2008. 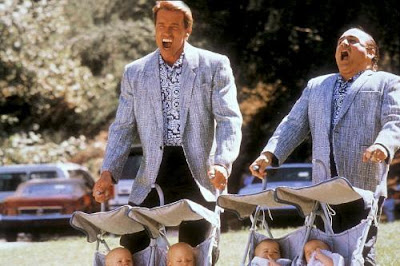 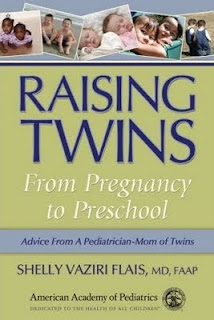 Holy cow - my sister is on the television!

I wrote about her before, when her book debuted a few weeks ago. Well, were she is, promoting her book "Raising Twins: From Pregnancy to Preschool" on WGN News with Allison Payne.