Happy New Year everybody. I've got a lot of fun articles in store for 2008, covering everything from photography, filmmaking, visual effects, movie marketing, and any other garbage that's floating around in my melon.

In the meantime, let's take a look back at some of the red-letter articles from FXRant in 2007.

April 2007, "Hey, I Know That Shot!"
Some screenshots of my shot from "Pirates 2" appearing on the Academy Awards telecast.

May 2007, "Appearing As Himself: Sam Elliott"
This is just funny. Hopefully, this will be a recurring segment on FXRant.

October 2007, "Some Photos from Adapt"
Pictures of me looking like I know what I'm talking about, at the Adapt Conference in Montreal. 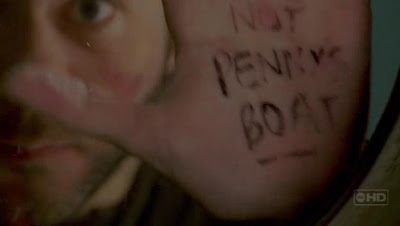 The great news is that "Lost" returns on ABC for eight episodes, starting on January 31st. And to help remind you of the events of the previous three seasons, ABC has put together an 8 minute 15 second video summarizing some of the key story points of the show.

"Catch Up On Lost!", created by ABC
And if the format of this retrospective seems familiar, it should. The ABC team borrowed the format of their clip from Paul Gulyas and Joe Sablas' fan film, "7 Minute Sopranos," which summed up "The Sopranos" previous six and a half seasons.

With the similar stylistic elements of the fast talking narrator, extremely quick clips, interspersed with a line of dialogue to punctuate a plot point or to get a laugh, as well as occasional sarcastic remarks by the narrator, we have ourselves a new 'retrospective' genre, essentially created by Gulyas and Sabla.
Posted by Todd at 12/30/2007 11:31:00 AM No comments:

The Polluting Sky: "Die Hard With A Vengeance" 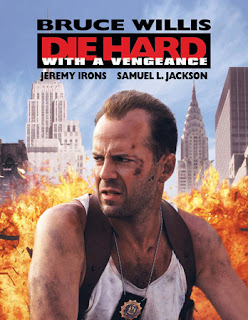 One thing I tell young visual effects artists, particularly compositors, is "watch a lot of movies." When creating photorealistic effects for live-action feature films, the artists' paramount concern is to build up the plausibility of an unreal event; to create reality from synthetic. Understanding the complex way in which light is captured by lenses and recorded onto film is the foundation of this skill.

But what does "watch a lot of movies" really mean? Well, I firmly believe you can develop a strong photographic vocabulary, particularly revolving around creating photoreal composites, by looking at movies by decoding and deconstructing how they look. And not just any movie-- non-visual effects movies. Take particular notice of how these in-camera, non-effects shots appear; their characteristics, their aberrations, the way light dances through the lens to give us a recorded image, how camera movement affects the image, how different colors and intensities affect the image, just to name a few ways.

This is a long way of introducing a little viewing exercise from John McTiernan's "Die Hard With A Vengeance" (1995). There are, in fact, plenty of visual effects in "Die Hard 3," supervised by the deepest-voiced vfx supe in the business, John Sullivan. But the shot that we'll be examining is not an effects shot. It's a good, ole-fashioned, carefully choreographed camera move with multiple cues for actors and stunts. It also has the important duty of showing the audience the antagonist of the film for the first time.

Look at all the beautiful things that are happening in this real, non-visual effects shot, and pay close attention to the three frames that are labeled "snap" at the top of the screen.

First, let's look at the context of this shot. We've just gone through a series of tight closeups on police officers planning a strategy to deal with a terrorist attack. Then we cut to our shot-- a wide, birds-eye-view shot looking straight down on the cops, scattering into action. The camera dollies across the edge of the building, revealing that our villain, Simon Gruber (Jeremy Irons) has been watching them all along through binoculars. Thematically, this view matches the villain's perspective; the cops are ants crawling around New York, playing a part in his master plan, almost like a gamer looking down at a board game. The camera tilts up to reveal Irons' profile, and his line "They bought it." He turns his head to an offscreen henchman: "You can begin."

The choreography of this shot is deceptively simple - but if you take a look, it is extremely complicated and required a good deal of rehearsal timing (there is virtually no dead time between the start of the tilt off the cops, revealing Irons' binoculars) and careful cues.

Now, here's where the effects artists really need to pay attention. Watch Irons' face carefully through the camera move, where the camera tilts up to follow Irons rising from a crouched position, particularly on the "snap" frames. 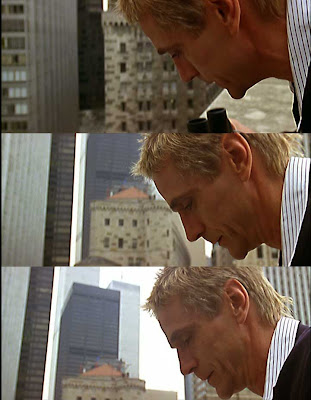 Check out the values on Irons' face. It goes through a subtle change. Notice how his face seems to brighten throughout the shot. Is he moving into a light? No-- although there may have been some bounce cards and fill lights set up on that rooftop, he is not rising into a pool of light. Is the operator opening the aperture on the camera, letting more light through the lens? No-- that's not happening either.

Now, take a look at the space that is behind Irons, relative to screen space. At the head of the shot, the lens is completely filled with buildings in the background. Near the end of the shot, a significant part of the frame is filled with sky - an overexposed sky that has light values far beyond anything in the frame. The sky is so overpowering, it is polluting other parts of the image that is being captured by the lens. In effect, the sky is flaring out and flashing darker, foreground elements within the frame.

I've isolated Irons' face on those three "snap" frames, and placed them side by side against a gray card, so you can clearly see the progression.

And this flashing isn't merely a depth issue. Take a peek at the midground building-- the dark strip of skyscraper on the left side of the frame. It also gets flashed and more exposed as the tilt occurs. This is a screen space phenomenon, not necessarily a depth-based phenomenon.

What does all this mean to a visual effects artist? We are frequently asked to put together bluescreen foreground actors against virtual or photographically-based backgrounds. Think of all of the thousands of visual effects shots comprising of an actor photographed against a bluescreen, composited over a realistic background.

Pulling a bluescreen is not rocket science. Compositing the pulled bluescreen over a provided background isn't brain surgery. The tools to perform these tasks are robust and ubiquitous. However, there is no shader, rendering engine, nor compositing program that will automatically perform these kinds of real, photographic phenomenon, as far as I know. The software does not know how to simulate this kind of organic, analog phenomenon. And, frankly, I think this is a good thing. Any such tool would take away flexibility from the artist. This is not a technological issue - it's an artists' issue. 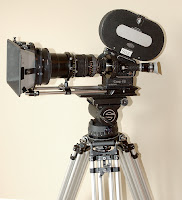 In an upcoming article, I'll go over some techniques to simulate this phenomenon in two popular compositing applications, Adobe After Effects and Apple Shake. In the meantime, watch movies in a different way, trying to deconstruct what is actually happening on the screen, with the key intent on reconstructing these phenomenon in your effects shots.
Posted by Todd at 12/10/2007 01:24:00 PM 4 comments:

The Onion and Truth

The humor that comes from The Onion is rooted in the fact that an element of truth is at the basis of all its stories.

But sometimes, the stories are 100% true, and written in honest language without the need of exaggeration or parody. Sometimes, they're dead-on. And these are the articles I think are the most well-written from The Onion; they're simultaneously funny and sad.