Colbert Off His Meds

An Interview with Todd Vaziri

Gerrit Van Goethem of VisualFXBlog interviewed little ole me for his excellent website. We talk about all the work that went into creating "Transformers'" visual effects at ILM.

We here at Visual FX Blog have been fans of Todd Vaziri ever since he created one of the first VFX-oriented sites on the net, VFXHQ, back in the early days of the web. It was way ahead of its time, an excellent repository of effects-related information and well-written reviews. His current blog, FXRant, continues that tradition.

So, given all that, we jumped at the opportunity to talk with the by-now sequence supervisor at industry-leading VFX provider Industrial Light and Magic about the work he did on Transformers.

Considering Todd’s job description and background, the main topic at hand was compositing, but we also discussed some of the model-work featured in the movie, as well as more general subjects like the current state of the visual effects industry or what a typical day at ILM is like.


I hope you enjoy the interview!

Here's a bright idea on how to 'protect our children,' from some wacko gun nuts:
Is it me, or does it seem like this guy is playing out his fantasy of shooting and stabbing children? And, am I the only one who thinks it's ironic that these people making the bulletproof backpack are also against any and all gun control laws? How can someone honestly sell you a bulletproof backpack from a gun shop? Cognitive dissonance, anyone?

Watch it again. Its wonderful use of magical 'statistics' (97% of the children could have been saved if they had bulletproof backpacks) is matched only by the productmakers' bloodlust and joy of violence.

And leave it to local news to gobble up this repulsive product's 'story,' and call it news. Here's a video press release, with a 'reporter' inquiring about this ridiculous product, preying on America's anxieties and paranoia about school safety: 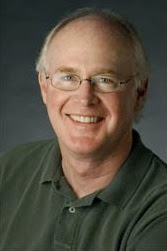 Scott talks about his early days at ILM on "Star Wars," his work with Robert Abel on "Star Trek: The Motion Picture" and "Buck Rogers," then more ILM adventures with "Star Trek II," all the way to "Transformers."

It was a genuine pleasure working with Scott on the film. He, our associate vfx supe Russell Earl, and our comp supe Pat Tubach were fantastic team. I really enjoyed chatting with Scott about everything film-- we had a lot of great discussions, some of which have turned into half-written blog posts for FXRant, yet to be completed. Hopefully, I'll be able to finish up those articles... someday...

VFXWorld has posted an article about the upcoming ADAPT Montreal conference, and they have some wacky quotes from yours truly. Be sure to click through to pages 2 and 3, which is where my part is located.

Vaziri is scheduled to give a special "making-of" presentation on Transformers. "I'm really so excited to talk about Transformers with people," he says. "Working on the film has been a wild ride, and I'm very anxious to talk about how we came up with solutions to very difficult problems. I love interacting with fellow colleagues, trading ideas, making new friends, and that looks like what //ADAPT is all about."

Vaziri will speak for two hours about how ILM accomplished the effects for the film. "I'll be talking about just about all the aspects of our production, from shooting on location, design work and creating the characters, animation, lighting, roto/paint and compositing, of course, with a special emphasis on compositing and integration of synthetic characters into photographic plates," he adds. "The presentation will contain relatively general terminology, but since one of my main focuses will be photographic integration, I'll probably be tossing out more film/photography terms than complex computer graphics terms. I plan on showing off specific shots from the film, showing before and after breakdowns and talking about what techniques we used to complete them."

I'm really looking forward to showing off the work that we accomplished for "Transformers." We've made some fantastic breakdowns that will really illustrate the complexity of the project. It will be great fun.

Oh, and what a perfect way to ruin a gorgeous shot of Optimus Prime, ready to take on Megatron in a knock-down, drag-out fight... by placing my ugly mug right next to the mighty robot. That brilliant shot was accomplished by the amazing team of Meghan Thornton (lighting), Jeff Wozniak (compositing), Duncan Blackman (layout), features the amazing Keiji Yamaguchi's animation, among other artists.

Variety profiles the amazing Keiji Yamaguchi about his work on "Transformers." Keiji was an absolutely important part of the success of ILM's visual effects for the film. He created some of the most stunning transformations in the film, including a shot that I worked on, the helicopter-to-Blackout transformation shot, the very first transformation seen in the film.

From Joshua Starnes' review of "Transformers," from ComingSoon.com:

Once the Transformers do show up, though, they look fantastic, easily the best executed computer generated characters committed to film so far. They are completely believable.

From Tom Keogh's review of "Transformers," from The Seattle Times:

What makes "Transformers" special is the quality of the effects. I soon stopped marveling over how good the robots looked because they quite simply looked so good that I forgot they weren’t real. This film is one of the few big budget effects films that I think really get the effects right, where you’re able to sit back and forget that you’re looking at a big mess of pixels on somebody’s computer and just appreciate the action for what it is. And what the action is is often amazing.

While I would have liked to see more distinguishing elements in the battle scenes, I can’t complain when Optimus Prime and Megatron hurtle through an office building. Bay gives the action a sense of impressive scale, the kind of thing missing from the final battle in Pirates 3. The climactic fight in Transformers just feels huge and like it has impact. There’s a weight to the CGI characters and their actions that is often missing from films like this – not just in terms of destruction wrought (there’s tons of that, of course) – but quite literally weight in a gravitational sense. Too many CGI beings seem weightless, like they’ll blow away in a stiff wind, but the Transformers interact with their environments in a very solid way.

From Garth Franklin's review of "Transformers," featured in Dark Horizons:

The action is superb. Kicking off with a truly bone-shattering attack on a US military base in Qatar, sequences spice the film throughout which means the pace rarely falters.

ILM's truly jaw-dropping effects not only look practically photo real throughout, but also take into consideration the one thing that far too many films of this type ignore - the laws of physics. Giant robots have mass, intertia, and thousands of complex working parts - something the FX house not only understands but gets right. Shots like two robots falling off a raised highway or Optimus and Megatron in a death grip as they go flying through a building (the film's single most epic shot) feel very real which makes the action that much more intense.

The Real Draw is the Special Effects

From Eric Alt's review of "Transformers," from Premiere Magazine:

The real draw here is the special effects, and they are as good as advertised... Transformers succeeds because of the truth in the film's advertising. It's a Godzilla movie with better effects. So grab some popcorn and make a pit stop, then sit back and enjoy it. You signed up for a movie about giant robots.

From Paul Arendt's review of "Transformers," featured on the BBC:

From Sean Axmaker's review of "Transformers," featured in the Seattle Post-Intelligencer:

It's all about the sheer visceral charge of mechanics in motion. These living robots fold themselves like mechanical origami figures with break-dancing flair and eye-popping splendor, morphing in midflight from robot to vehicle and back again, and laying waste to entire cities in a full-on killbot death match. They may declaim in word balloons right out of cheesy comics and bad cartoons, but they are grandeur in motion, created with a detail of computer animation so impressive it's hard not to believe in them.

Ben asks, in the comments of this post ("Nonstop Feast of Coolness"): Do you mind breaking down which effects houses worked on which sequences for "Transformers"?

I answer: I'll give you a personal summary of who did what; but your best bet for a complete, accurate breakdown of houses and sequences will be Cinefex 111, which comes out in October.

Industrial Light & Magic handled all of the Autobots and Decepticons and their associated sequences (meaning, Optimus Prime, Megatron, Ratchet, Bumblebee, Jazz, Ironhide, Starscream, Scorponok, Blackout, Barracade, Bonecrusher, Devastator, Frenzy and all of the 'endo' shots of the robots in their primal form). ILM also handled the opening shot of the Allspark cube in space, as well as the cube in Hoover Dam, the Cyberton flashback, dozens of fully synthetic environments and set extensions, and more than I can remember right now. Kerner Optical provided model shop services for the film, as well. For the senior ILM credits, click here.

Digital Domain handled the Arctic Circle and Megatron discovery sequences, the severed head of Frenzy shots, cellphone-bot, the Autobot/meteor shower sequence, and more. Asylum also provided effects for the film, although I'm not sure which shots are theirs. ISolve created screen graphics for the film.
Posted by Todd at 8/02/2007 02:15:00 PM No comments: