This Poster Does Not Exist 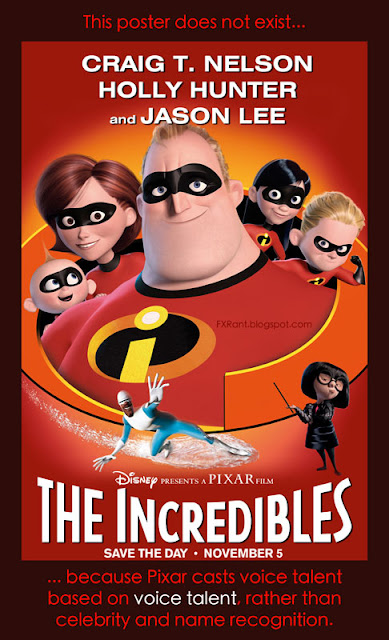 A poster with Craig T. Nelson, Holly Hunter and Jason Lee" headlining "The Incredibles" does not exist because Pixar casts voice talent based on voice talent, rather than celebrity and name recognition. 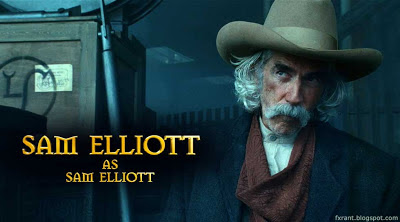 If you remember one of my earliest posts from 2007, I have an affinity for Sam Elliott.

I found an MP3 of a radio commercial narrated by Elliot around 2002, and have been obsessed with it ever since. I treasured this MP3. I'd play it for my co-workers, constantly.  I'd even play it over the old ILM intercom on Fridays after 5pm.  The commercial is hypnotic. And now I will share it with you, my friends. 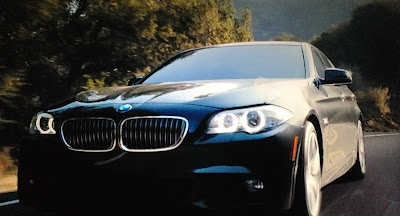 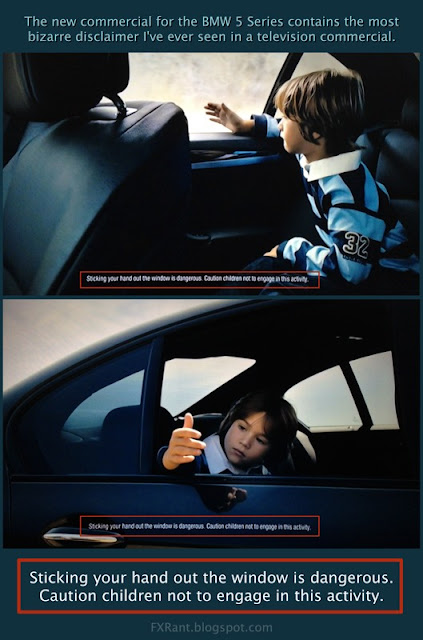 The actual disclaimer from the new BMW 5 Series commercial, "What You Love", underneath shots of a contented young boy sticking his hand out the window of a moving car:


"Sticking your hand out the window is dangerous. Caution children not to engage in this activity."

An activity as innocuous as sticking one's hand out a moving car's window to feel the breeze, as depicted in the commercial that I'm looking at right now with the sultry tones of Chris Pine's voice guaranteeing my son will be so satisfied with life if I drive a BMW he will ponder the poetry of the universe by feeling the wind against his hand, is considered to exceed a level of risk for the lawyers at BMW such that it forces such a dire warning. A hand. Out the window.

The commercial is saying "You see that thing you can do with our product? Yeah, don't do that. It's dangerous!"

In a few years, we will reach to volume of disclaimers seen in the "Happy Fun Ball" commercial.