The other night, I happen to watch the final act of “Alien vs. Predator”, a questionable piece of ‘entertainment’ in Fox-owned synergistic franchises. I was watching the film on the Esquire Network, a basic cable channel branded as “an upscale Bravo Network for men”, whatever that means.

As final scene began (spoiler warning for an incredibly stupid eleven year-old film), I paid close attention to the stunning live-action creature effects in this film. Tom Woodruff and Alec Gills supervised the creature work, which holds up astonishingly well.

The movie ended... and then this happened:


This was recorded in real time on my iPhone. View on YouTube

Nearly every single film and television show presented on cable is presented with its end crawl sped up, or scaled down to a tiny portion of the frame, or, in most cases, both. Networks speed up content to fit more commercials in standard blocks of time. In fact, the actual content of nearly every single show you see on cable is sped up a certain amount for this same reason, sometimes up to 8% faster. Occasionally, the studio provides a 'reprint' of the end credits, which are clearly (but quickly) printed at the bottom of the screen, making the credits technically legible, without bizarre scale-downs or speed-ups. But in most cases, the end crawl is destroyed with a speed change and/or scale change. 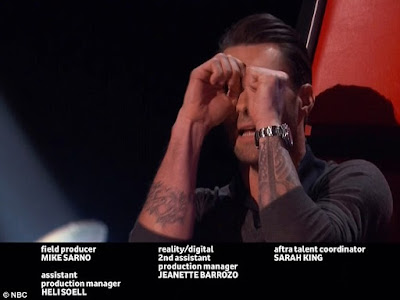 An example of 'reprinted' end credits, and allow the cable network to show larger-screen promos to fill the frame. 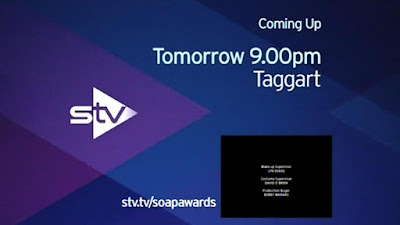 The typical treatment of end credits, scaled down and sped up.

Nearly all cable presentations preserve the opening titles of a film, which feature the ‘above the line’ credits, like production companies, lead actors, all the way to producers, writers and directors.  These opening titles are usually treated the same as the body of the film, without egregious speed changes. The end crawls (usually starting with Unit Production Manager and the First Assistant Directors are frequently run anywhere from 2x to 5x on television.

Many modern films, however, present their 'above the line' title sequence at the end of the picture. This is the first time I’ve ever seen the ‘above the line’ end credits run at an incredibly high rate of speed. And this isn’t a typical white titles against black sequence; “Alien vs. Predator” has an elaborate, expensive animated end title sequence. Then comes the final indignity--midway through the 'below the line' credits, the entire screen gets squished into the left third of the screen. Pretty much the entire end credit sequence is illegible, disrespecting the hundreds of individuals that worked on the picture, not to mention the animators who designed the end titles, and the music composer and artists that created the score.

I wonder if this violates any union or guild agreements with studios.