Even those who didn't think "Inception" was a masterpiece must admit the film is rich, interesting, and worth talking about. Or, in the case of YouTube user "camiam321," meticulously analyzing the film's soundtrack.

Inception Music Comparison by "caiam321"
Spotted at The AVClub, "Great Job, Internet!: The secret of the Inception soundtrack."

There are a few new eyeballs visiting FXRant recently (hi!), and since I'm buried in work, and would like to show off some of the original articles I've written over the years, I think it's a good time to run a clip show!

Here are some highlights of original articles from 2007, excluding any self-promotional-esque filler material (like, wow, those effects in "Transfomers" were really aweseome, eh?). 2008 and 2009 will follow soon.

May 2007, "Appearing As Himself: Sam Elliott"
This is silly, but funny.

"Back To The Future" and The VFX Show

Recently, I had the pleasure of discussing the visual effects of the Robert Zemeckis classic, “Back to the Future” on The VFX Show podcast. Mike Seymour and Mark Christiansen and I spent nearly an hour discussing and dissecting not only the film itself, but the impressive visual effects, special effects and makeup work on the film.

“Back to the Future” was an extremely influential movie for me. It’s the movie that inspired my passion of filmmaking, while the films of James Cameron opened my eyes to the possibilities and opportunities of visual effects. It was my privilege to appear on the show, and I want to thank Mike and Mark for inviting me.

I plan on posting some follow-up articles here on FXRant that expand upon some of the comments we made about the movie. [update: here are two additional posts!]

More Genius from The Onion

Here's some more on-the-nose satire from The Onion:

Additional kudos should be heaped upon the masterful cinematographer Wally Pfister, as well as the extraordinary work of Chris Corbould and his team of on-set special effects for creating several 'how-did-they-do-that' moments in the film.

Do Not Be Alarmed

This photo combines three things I love: my hometown of Chicago, Michael Bay (the auteur behind 'splosions!!!), and The A.V. Club, possibly the finest website for film and television articles, discussion and criticism. Chicagoan Keith Phipps was driving around the city on July 20, and spotted this sign, indicating that "Transfomers 3" was shooting around the corner. Read The A.V. Club article for the logical meme-worthy cinematic equivalents of the phrase, "Do Not Be Alarmed." And make sure to read the article's comments-- there are some great ones in there. 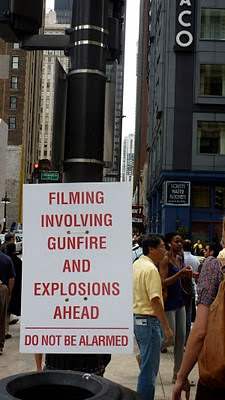 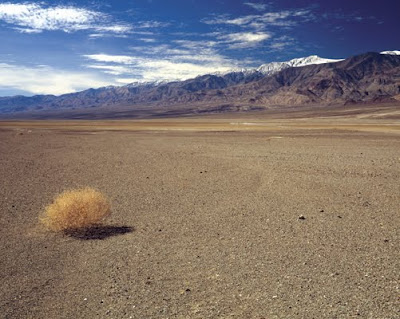 As the sad, demented souls who actually follow this blog have noticed (and God bless you demented souls), I haven’t been posting a lot lately. The easy way to describe this situation is with the old, tired, cliched excuse: “I’ve been really busy lately.” So I’m going to take the easy route and say exactly that.

At my day job at ILM, I spent the first half of the year working on “Iron Man 2,” where I was a sequence supervisor. Most of my time was spent working on the Stark Expo environment, which was well documented in Cinefex 122 (article by Jody Duncan). I’m really proud of the aerial shots of the Expo; a before-and-after photograph in the Cinefex article gives a good impression as to the extent of the work. Mr. Favreau seemed quite happy with the quality of the shots, which makes me and the team very happy. After “Iron Man 2” wrapped, I worked on a super-top-secret project that I can’t discuss. After that wrapped, I worked on another super-top-secret project that I can’t discuss. So, there’s that. And now I’ve just started on a film where the pace is incredibly intense.

In the meantime, I bought a house, moved to the new house, and sold the old house. So there’s that, too. 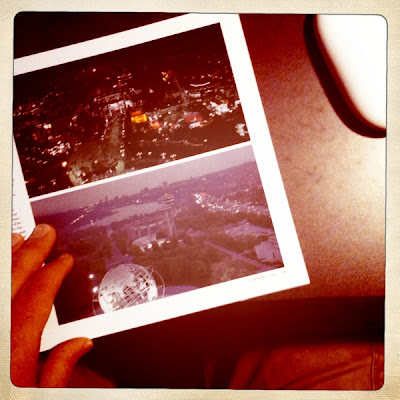 All this whining doesn’t mean that my enthusiasm for writing has waned, it’s just that it’s getting harder to carve out those magic moments to indulge in my obsessions of film and visual effects. I have about thirty half-written articles sitting in the ole’ Google Docs about everything from diopter lens shots, to continuity editing, Kubrick and Wells, deep focus vs. shallow focus, the debacle of the “Pirates”/”Matrix” sequels and what they can teach us about blockbuster filmmaking, reality versus cinematic reality, narrative setups and payoffs, and about a hundred half-written Camera Shake Police citations. And I want to get to all of it. It will just take time. 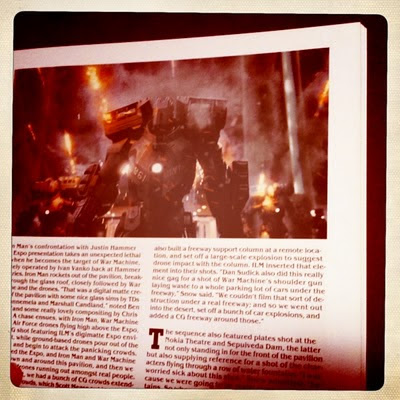 Speaking of time, I actually have spent some time cleaning up my personal website. There were an inordinate number of broken links to interviews and articles that I’ve since restored. (Thank you, Wayback Machine!)

So this was a long way of apologizing for the lack of ‘stuff,’ and a promise that more will eventually come.

And, as always, feel free to send me any questions you might have about the visual effects world, and if the question is something that the entire class might enjoy, I’ll answer it here on the blog. My email address is tvaziri@gmail.com.

Thanks, all, for your patience. You internet folks have been a great source of inspiration to me. You’ve all been really supportive of my writing, including way back to the early days of Visual Effects Headquarters. Thanks so much.