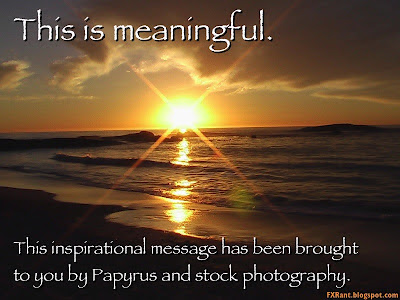 This inspirational message has been brought to you by Papyrus and stock photography.

Last week, amidst the controversy of John Gruber leaving Dan Benjamin's 5by5 Network (and taking the name of the podcast, "The Talk Show," with him), I lamented the fact that there are now two "The Talk Show" podcasts, both with the exact same title. 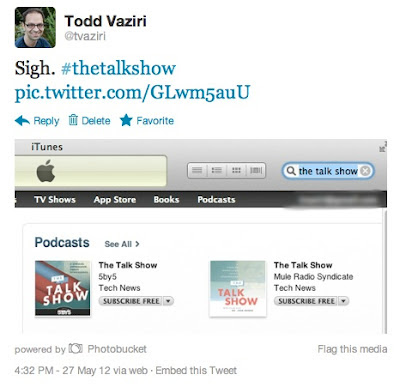 Apparently this is no longer the case.  I noticed on iTunes that Mule Radio Syndicate's "The Talk Show" has changed its name to "The Talk Show With John Gruber".  This is an admirable (albeit small) step in differentiating the new podcast from the previous show's incarnation. 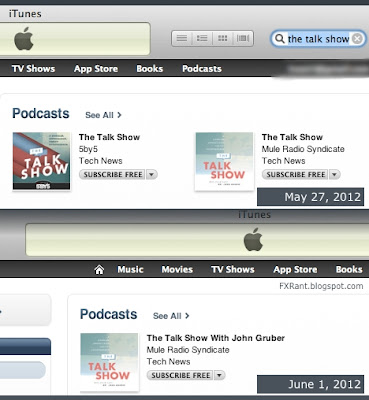 Much has been written in tech-geek-land about Gruber taking the podcast (along with its title) to a new network, and most of it revolves around idle gossip and speculation.  The former partners have made their statements about the split.  Benjamin published a short, four minute special podcast "Regarding The Talk Show", which appeared on May 21, three days after the Mule show debuted.  Gruber mentioned the breakup on Episode 2 of the Mule podcast from May 24, and on May 29, wrote a few words about the split on Daring Fireball.

I will miss 5by5's "The Talk Show" very much. The Gruber/Benjamin production was the first regular podcast I ever listened to, and it turned me on to other 5by5 podcasts, like "Build and Analyze" with Marco Arment and, in my opinion, the new flagship 5by5 podcast "Hypercritical" with John Siracusa.  In a short period of time, Benjamin has created a brilliant podcast empire.

I will also continue to read Gruber's insightful commentary on Daring Fireball, as well as subscribe to "The Talk Show With John Gruber"; it will take some time for Gruber to find his rhythm as host (rather than guest, which is essentially what he played on the 5by5 podcast), and I'll be listening to hear the show progress and evolve.