"The Fugitive" Behind Bars 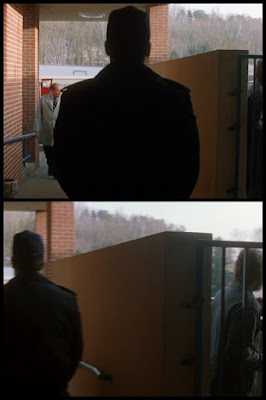 This little business from "The Fugitive" (1993) of Dr. Richard Kimble sneaking around a hospital hiding ‘behind bars’ during his escape. Those bars are probably part of the location and not art directed and built by the production. Either way, a classy, understated bit of visual flair. 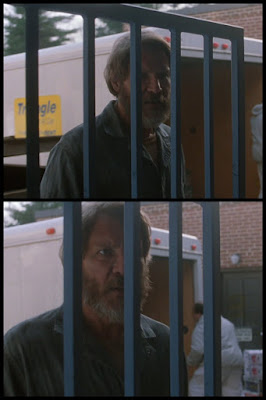 I can imagine a scenario where the crew started blocking the scene on location and someone had the idea of Kimble taking a moment behind those bars, and the subsequent discussion. Is it too “on the nose”? Is it too stylish for a movie like this? Shoot it two ways, for safety?

Another great example of this, from Walter Chaw from "Strangers on a Train" (1951). 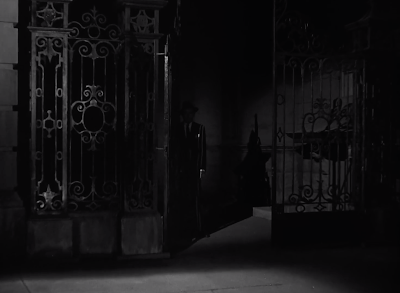 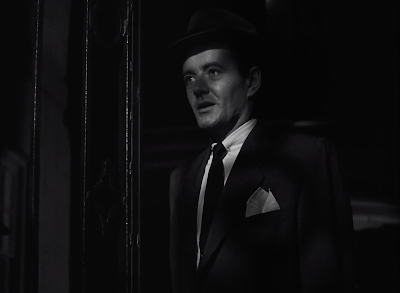 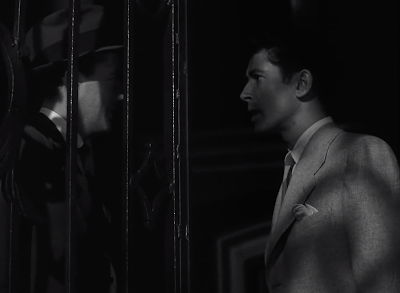 I'm thankful for "Terminator 2" (1991), the only action movie I can think of that took the time to show us how a fiery explosion could plausibly occur after a major vehicular collision: two, quick closeup shots of a battery lead sparking, igniting the leaking fuel behind it.

As an aside: I've been looking at T2, frame by frame, ever since its CAV LaserDisc release and this is the first time I ever noticed the first shot of this GIF has added (digital) camera shake, to help with the edit and better tie it in with the chaos of the preceding crash shots.)

Vashi Nedomansky and I joke around a lot about split diopters on Twitter, so it's time for some real talk. Shoved smack in the middle of a traditional Hollywood narrative film, they're jarring and bizarre. And the best use cases for split diopters take advantage of this. Out of context and as a still frame, this split diopter shot from "Patriot Games" (1992) seems utterly ridiculous.

"Two planes of sharpness? The only shot in the movie where this happens? Puh-leeze. It's a trick shot. The cinematographer is just showing off, whatever."

But here's the shot in context. Ryan is desperately trying to piece together fragments of his memory from the traumatic event that opened the film. The split diopter shot is from the point of view of his memory, not an omniscient, objective observer. It's supposed to be weird.

The bizarre visual nature of the split diopter feels right at home for a dream sequence, or a personal flashback moment--the shot is literally Ryan's POV as he's visually searching his memories for details, looking for evidence. An innovative use of the split focus shot.