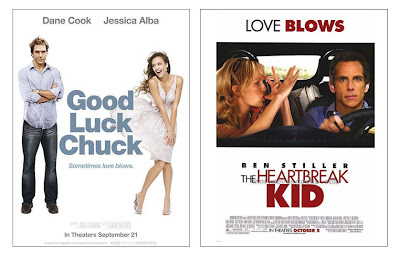 Usually, this crummy or average film will fall within two groups: big budget garbage (with good effects provided by a major studio), and B-movies with surprisingly solid effects work. 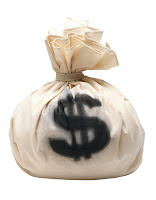 Big budget garbage will usually refer to an expensive studio picture with a hack director. These effects are usually provided by a big-time effects facility, like ILM, Digital Domain, Sony or Rhythm & Hues; the effects may be flashy, dynamic and innovative... but the film that surrounds the effects is soulless, and usually infuriatingly disastrous. These films had tens of millions of dollars at their disposal, but very little was spent on creating an entertaining story with interesting characters.

In Hollywood's past, B-Movies usually struggled to make their films feel 'big,' to directly compete with expensive studio pics. However, with the talent base of visual effects artists becoming so accomplished, combined with the fast-dropping costs (or budgets) of creating visual effects, even B-movies are getting some amazing visual effects for their modest costs.

As anyone in Hollywood would tell you, from the perspective of all the technicians and artisans behind the scenes of a film, it's just as hard to make a crummy film as it is to make a great film. And it breaks our hearts to do all of the hard work... the matchmoving, the roto, the rigging, the compositing, the disk space management, the endless fights with the producers... for a film that will barely break 30% on the Tomatometer. The work is, ultimately, thankless.

We who work as visual effects vendors do the best we can to bring in good, interesting projects. It is inevitable that we work on the occasional stinker. Actually, to be more accurate, the vast majority of the films we work on are pretty much forgettable. I'm no exception. Take a look at my filmmography (personal home page, IMDb) and you'll see only a small handful of actual, good films.

So look forward to some interesting profiles in Good, Thankless Effects. See them all collected here, with the label "Thankless."