This way, in a tight race for the winner of the pool, the winner most likely would not be determined by the non-mainstream films (in other words, blind guesses).

Download the ballot here for the 93rd Academy Awards and use it at your Oscar party. 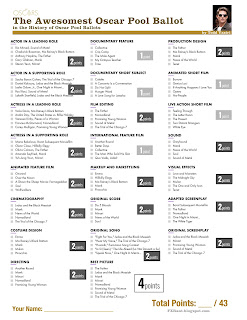 Lone Pine Mall: Easter Egg or Thing in the Movie?

Twin Pines Mall became Lone Pine Mall after Marty changed the future in “Back to the Future” (1985). Is that an Easter Egg or a Thing in the Movie? Let’s find out!

To me, an Easter egg is a fun gag referencing something that doesn't require full audience understanding to decode the character or plot point. For example, the Harold Lloyd "Safety Last!" clock operates as both an Easter egg and a setup+payoff gag. 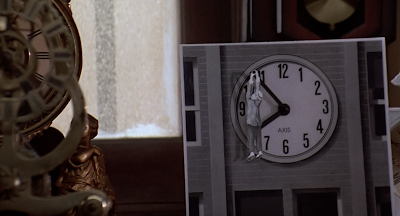 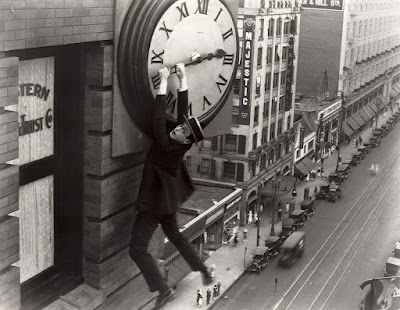 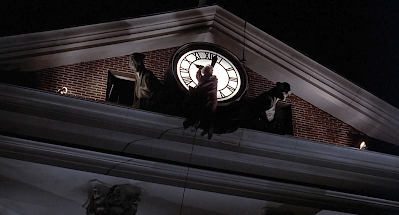 If the audience member doesn't know the clock is a reference to "Safety Last!", it's okay! It's not an obstacle to them understanding key character/plot information:
--this character is obsessed with clocks and time
--setup+payoff to his dangerous stunt at the end of the movie
Original Twitter thread.

Labels: Back To The Future

That Amazing Drone Video and The New York Times

An absolutely beautiful piece of video went viral - the stunning drone footage of Bryant Lake Bowl & Theater shot by Jay Christensen is wonderful and has been showered with praise on social media.

In visual effects, we constantly bump up against an uncanny valley of sorts when it comes to camera moves. Over the decades, audiences have become completely aware of dolly camera moves, tracking shots, steadicam, hand-held, big booming crane shots, and have integrated these moves (either consciously or unconsciously) into their cinematic vocabulary. These types of camera moves "make sense" to audiences, and therefore "feel honest". Sometimes, artists and directors who create live-action scenes rendered entirely in computer graphics go too far with their camera moves (twisting, twirling, speeding up and slowing down with magical precision), creating camera paths that are literally unachievable in the real world, forcing audiences to consciously or unconsciously reject them as "dishonest". We sometimes refer to unrealistic synthetic camera moves as "cameras of God", as in God is the only camera operator who could achieve this kind of move.

When new camera techniques become ubiquitous, audiences will accept them as "honest" and consider it part of the vocabulary.

This kind of wonderful photographic innovation adds to the language and vocabulary of cinema. Just beautiful. https://t.co/HZU8ls3kiK

That's what I was trying to get across in my hastily written tweet - that this drone shot, captured in-camera, could signify the addition of these types of authentic live-action camera moves into our cinematic vernacular.

I was very surprised to see The New York Times' writeup of the drone shot and its reaction from Hollywood filmmakers. 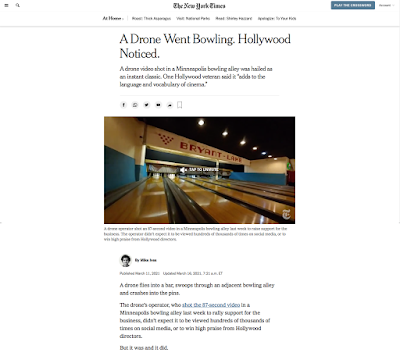 Wait - "adds to the language and vocabulary of cinema"? That sounds familiar. Sure enough, after quoting praise from Lee Unkrich, Elijah Wood and James Gunn, they quoted my tweet. 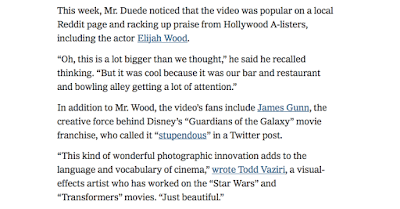 I'm thrilled that the video is getting such praise, and am humbled that The New York Times thought my comment was of any interest.
New York Times: "A Drone Went Bowling. Hollywood Noticed." by Mike Ives
https://www.nytimes.com/2021/03/11/us/drone-bowling-alley.html

We Talked About "Sneakers" on Defocused

I had the pleasure of talking with Joe Rosensteel and Dan Sturm about one of our favorite movies, "Sneakers" (1992) on the Defocused Podcast.
Here's some images based on things we talked about on the show: 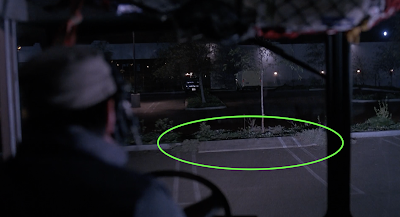 The hidden ramp for Whistler to drive over, complete with parking spot paint. 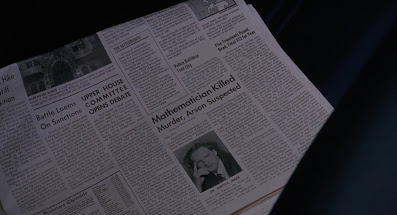 A screenshot of the San Francisco Chronicle from the film. 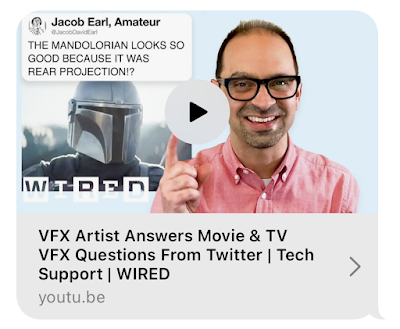 watch on YouTube
It was a lot of fun to participate in WIRED's "Support" series for YouTube. Named "VFX Support", I do my best to answer actual questions from actual movie fans, and not sound like a complete idiot while doing so!

Thank you to everyone over at WIRED for inviting me to be a part of the program.

Here are some "show notes":

And now, here are two things I got wrong in the video.