Now that awards season is upon us, I feel it’s a good time to address an issue some FXRant readers and Twitter followers have pointed out over the past few years, concerning The VFX Predictinator: the strong correlation between the winner of the visual effects Academy Award and a specific piece of criteria that is not a factor in the Predictinator formula.

For the past six years (2008 to 2013) the winner of the visual effects Oscar was also nominated for Best Picture. Many have jumped to the conclusion that this, in and of itself, is a mini-Predictinator.  Unfortunately, one cannot jump to the conclusion that a vfx film with a Best Picture nomination is a lock for a Best Visual Effects win.  The historical data indicates that this piece of criteria is an indicator of potential victory, not a predictor of victory. Let’s dive into the data. 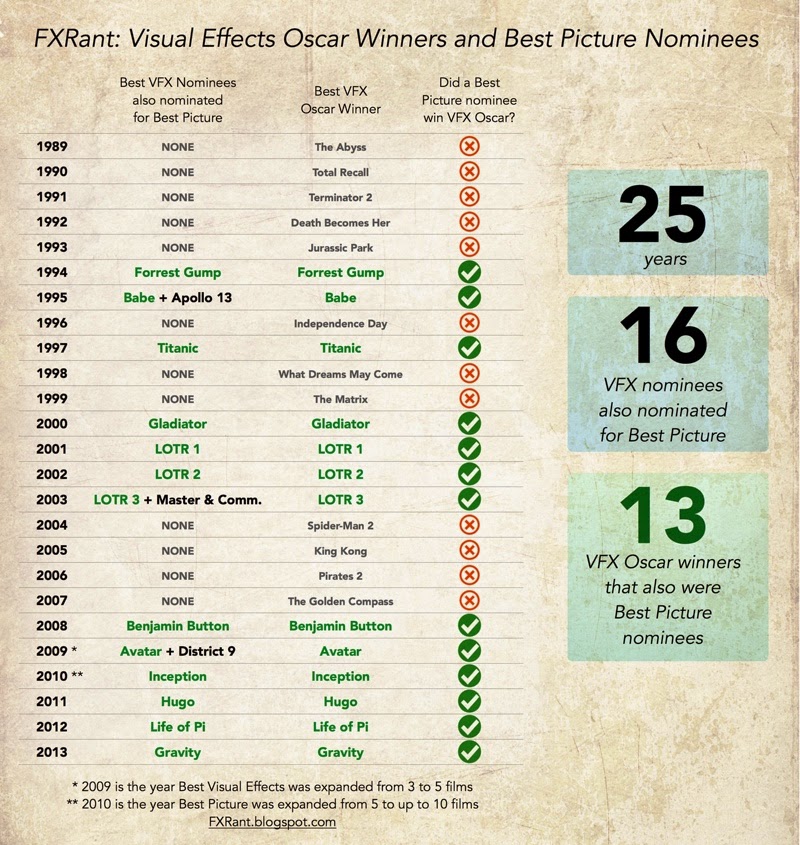 The data also shows that 12 out of 25 years, (the years without a Best Picture nominee) you cannot make any educated prediction using this criteria alone. 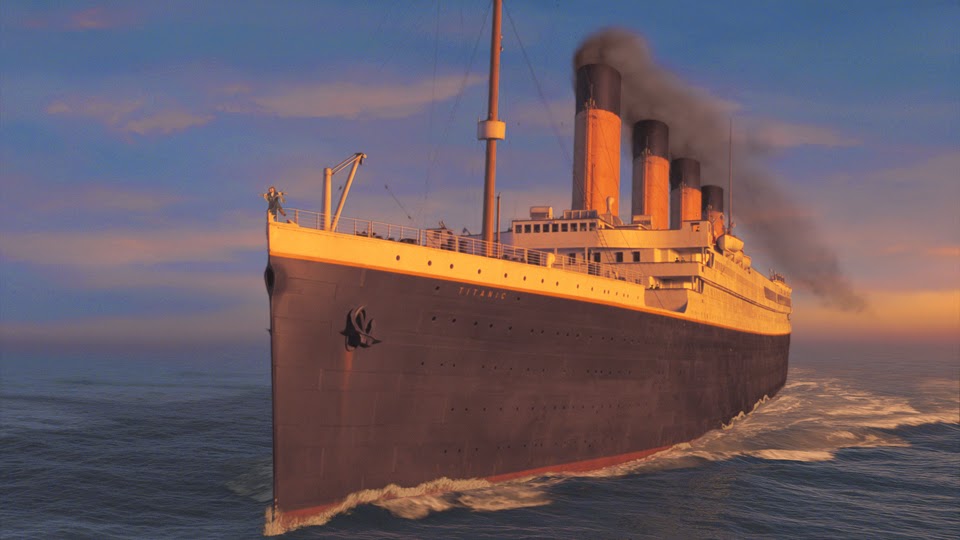 So, speaking as generously as possible, here’s the best mini-Predictinator statement one can make, for years 1985-2013:

The winner of the VFX Academy Award is a movie that also earned a Best Picture nomination, unless:

The strength behind this indicator is, in general terms, ‘prestigious acclaim’, for which The VFX Predictinator accounts in two key ways: critical acclaim (as quantified by the film’s Tomatometer score) and additional Academy Award nominations. In each case, the stronger ‘prestigious acclaim’ a film earns, the stronger chance it has for winning the visual effects Oscar.

If a visual effects nominee is also a Best Picture nominee, it means that the film already has built-in prestigious acclaim and probably earned a slew of additional Oscar nominations and has a strong Tomatometer rating, unlike its competition. This is what lifts that film’s Predictinator score above its competitors, typically action/sci-fi franchise films that underwhelm critics and are frequently ignored by Academy voters.

In 2010, in an attempt to expand the variety of films the Academy endorses with its nominations, the Best Picture category was significantly expanded from a maximum of five nominees to (up to) ten nominees. Ironically, as reported by Grantland’s Mark Harris, the total number of films nominated by the Academy has actually shrunk. As Harris says, this is a “deeply disappointing trend”. Go read the article; it’s fascinating.

On the positive side, it has been a boon for this indicator (and for The Predictinator itself). The expanded Best Picture category helps shine a light on visual effects films that have the general momentum of an ‘award winner’. If the Best Picture category still had only five nominees, do you think films like “Inception”, “Hugo”, and “Gravity” would have earned Best Picture nominations? Probably not.

The nominations for the 87th Academy Awards will be announced on January 15, 2015. Once they are announced, I will run the The VFX Predictinator and announce which visual effects nominee is predicted to win the Oscar.

The Films Going to the Bake-Off

2:15pm: updated with commentary below

Today, The Academy announced the names of the 10 films that will be competing for this year's Visual Effects Academy Award.  Congratulations to all the people involved with these films. Here is the Academy's statement.

The 87th Academy Awards® nominations will be announced live on Thursday, January 15, 2015, at 5:30 a.m. PT in the Academy’s Samuel Goldwyn Theater.


Today's visual effects landscape is staggeringly competitive. The quality (and quantity) of work being executed by the world's visual effects facilities is top notch. Not convinced? Just look at the films that didn't make it into the bake-off: "Exodus", "Amazing Spider-Man 2", "Lucy", "Edge of Tomorrow", "Teenage Mutant Ninja Turtles" and "Noah".