"Back to the Future" and Eric Stoltz 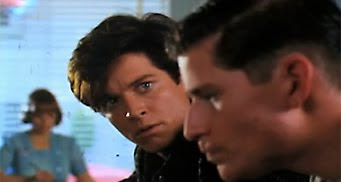 This is another follow-up post to our "Back To The Future" podcast on The VFX Show.

On the podcast, we discussed the early production troubles on the set of "Back to the Future," when the film's leading man, Eric Stoltz, was fired from the movie after five weeks of shooting. No film footage of Stoltz as Marty McFly has been seen by the public, until now. As part of the new 'making-of' documentary accompanying the upcoming Blu-Ray release of the film, we can finally get a glimpse of what the movie could have looked like with Stoltz in the lead role.