And, yes, The VFX Predictinator was right again. 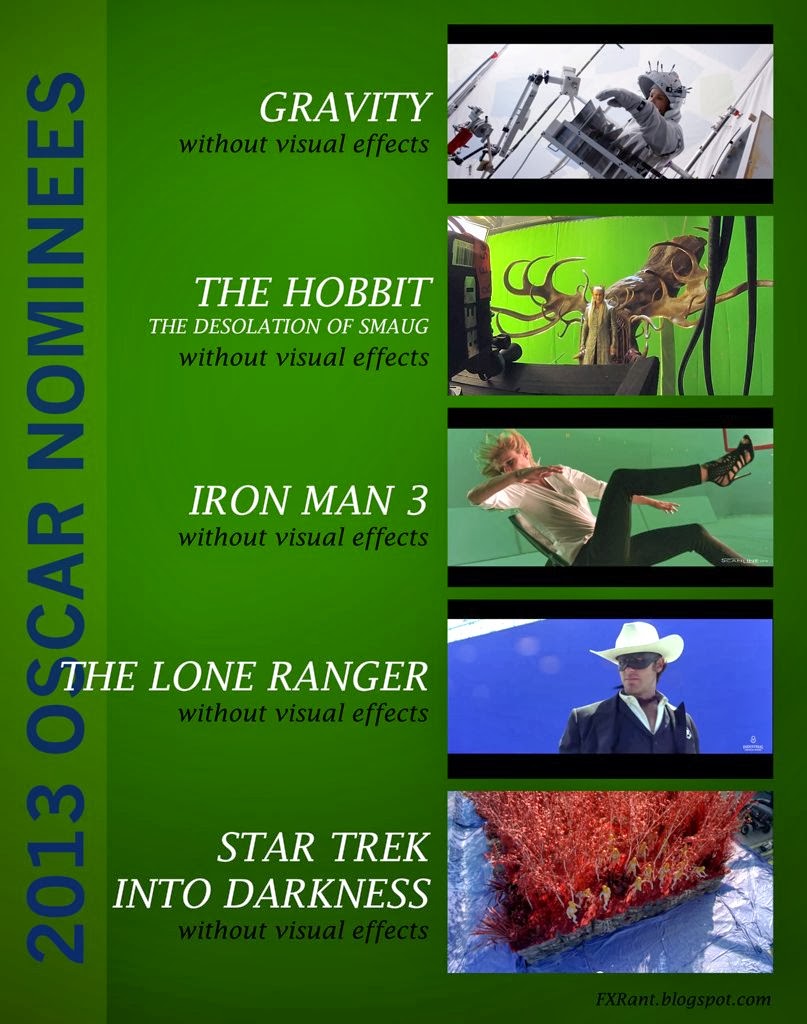 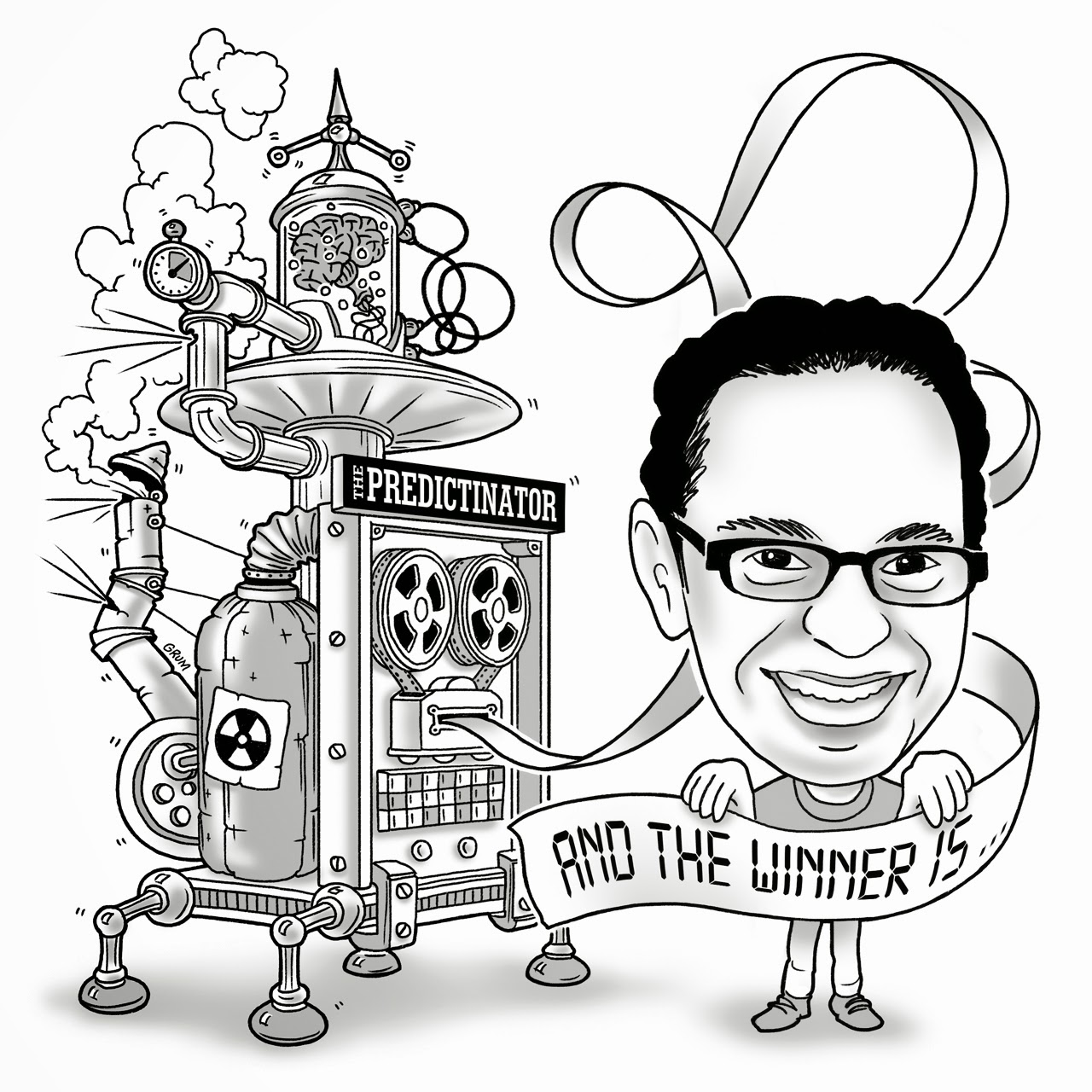 Tomorrow is the big Oscar telecast, so let's do a quick roundup of pre-Oscar Predictinator-related news and links.

Cinefex Blog: Predictinating the Oscars with Todd Vaziri
Graham Edwards talked with me about the origin of The VFX Predictinator and this year's prediction. The article serves as a terrific introduction to our complicated (yet simple) formula for predicting the visual effects Oscar. We also talk a little bit about my work on "Star Trek Into Darkness" and "The Lone Ranger". Cinefex is an institution; the magazine of record for visual effects, so it was a great thrill to speak with them about my work.

FXGuide: The VFX Show #179: 2014 Oscar Preview Show
Mike Seymour, Jason Diamond and Mark Christiansen have a lively discussion about this year's Academy Awards, and bring up The VFX Predictinator. One minor note: at one point in the podcast, they mistakenly say that when accepting his Golden Globe for directing "Gravity", Alfonso Cuaron made the same grievous error that Ang Lee did at the Oscars: he didn't mention the visual effects team in his acceptance speech, when, in fact, Cuaron did. (Also covered by Cartoon Brew.)

Props to Alfonso Cuaron for thanking the ‘hundreds of people’ who worked on GRAVITY, and for thanking vfx supervisor Tim Webber.
— Todd Vaziri (@tvaziri) January 13, 2014 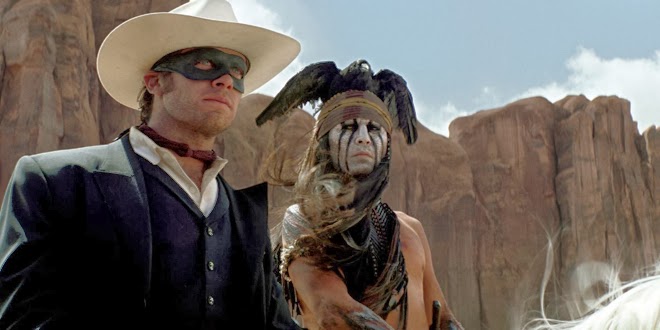 To give you a sense of how obtuse and goofy is this article by Graeme McMillan: the published piece has Martin Scorsese and Ang Lee's last names misspelled ("Scorcese" and "Le"). It also incorrectly states that "[Industrial Light and Magic] has won three times in the last decade", within a discussion of ILM being 'snubbed' for Oscars recently. This isn't really accurate; ILM was the lead house on the Oscar-winning "Pirates 2", but was one of the many supporting visual effects vendors on the Oscar-winning "Avatar" and "Hugo".  I talked about this way back in 2007, addressing the ILM 'drought' of Academy Awards.

To sum up McMillan's theory, in 2009 and 2011 (odd numbered years) ILM contributed visual effects to the winner of the Oscar. And 2013 is an odd numbered year. So, yeah. There you go. (cough)

On Twitter, some folks are starting to understand the underlying meta-commentary about The VFX Predictinator: the Academy is relatively homogeneous and prefers to vote for safe choices. This was illustrated in The L.A. Times' reporting from 2012, Who's Who In The Academy, which features some startling statistics about the nearly 6,000 strong Academy. For example, it's 94% white. 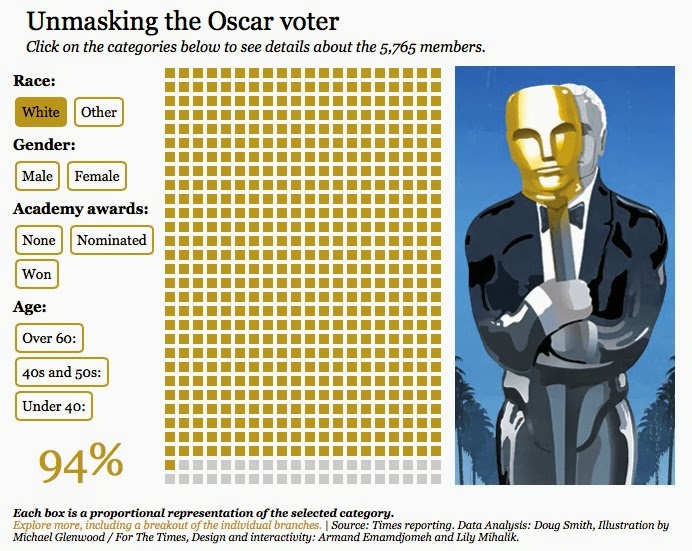 Create on your own white, male, interactive charts at the L.A. Times.

More recently, Lee and Low Books made an infographic called "The Diversity Gap in the Academy Awards", which dives deeper into the demographics of the Academy and the voting choices it has made over its history. 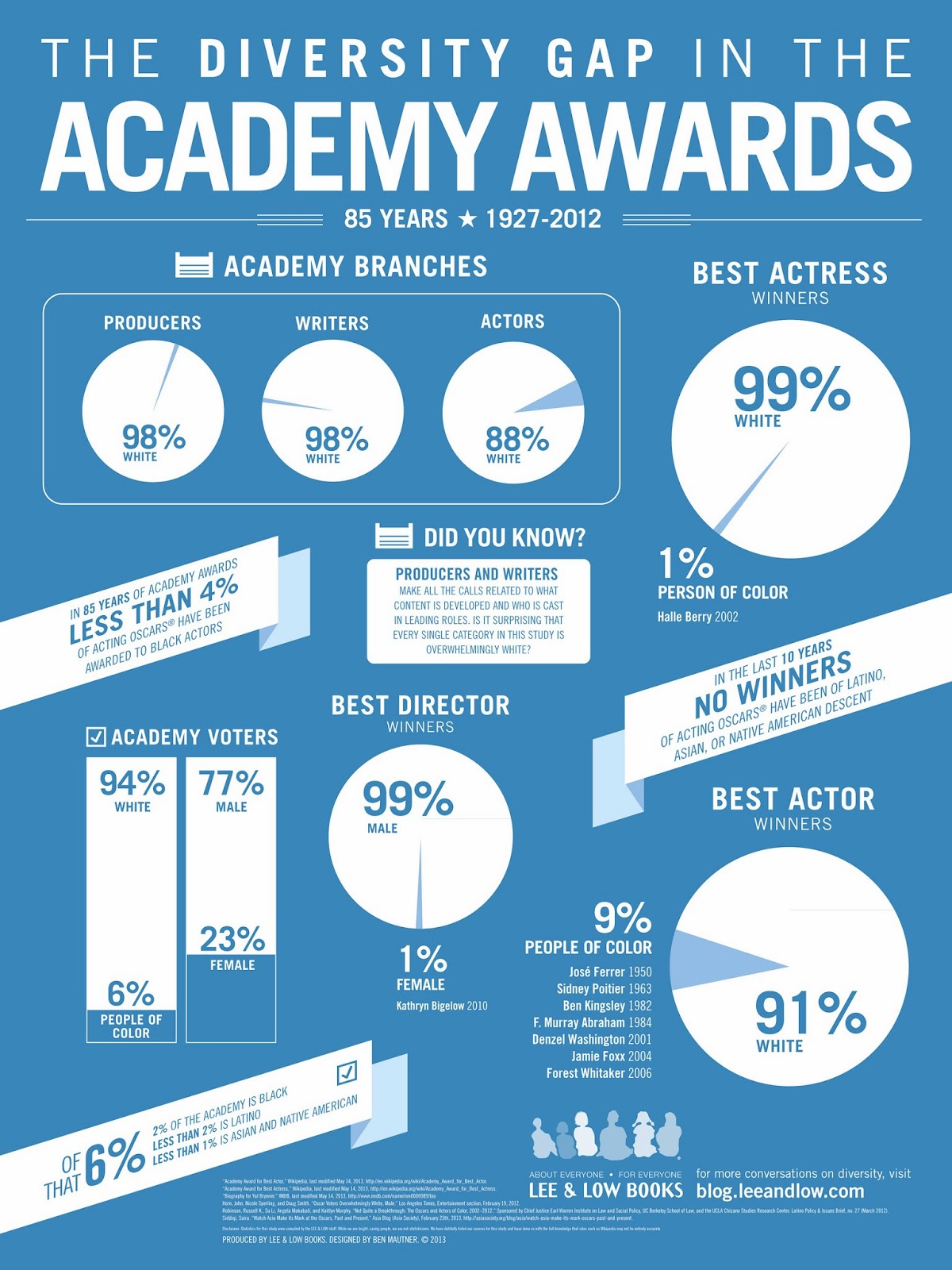 Infographic by Lee and Low Books

The complete lack of diversity within the ranks of the Academy membership contributes to the predictability of their choices.

Considering the complete accuracy of our VFX Predictinator from 1989-2012, I was thrilled to read this quote from Nate Silver, renowned statistician and famous for accurately predicting elections over at FiveThirtyEight.

"There's not a great statistical way to predict the Oscars." - Nate Silver