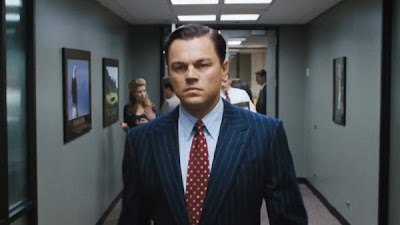 "The Wolf of Wall Street" is *how* long?

Just for kicks, I put together the thirteen most popular films in North America last weekend and listed each film's running time, from longest to shortest.

The average running time of the top thirteen films at the box office is 128 minutes. 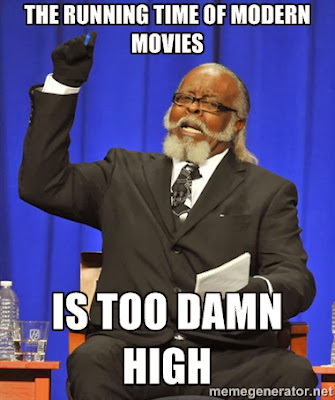 Comparing The "Man of Steel" Teaser and Film

The teaser for Zack Snyder's "Man of Steel" arrived in July 2012, nearly an entire year before the film would ultimately be released in theaters. Trailers are pieces of art unto themselves, and must tell a story in a much different way than the final film; sometimes artistic choices are made in service of the trailer, regardless of how it might affect the final product.

In many cases, the color timing for promotional material is handled by the trailer house, whose sole job is to serve the needs of the trailer; the context of the greater, final film is of little or no significance. In contrast, the final color timing of a finished film serves to underline and enhance the emotional beats of a film.

From a practical point of view, color grading smooths out inconsistencies from shot to shot (slight differences in color temperature, exposure, etc.). The process also enhances and underlines emotional beats of the story.  Just like the musical score and sound effects, color grading with a 'color script' of the film can accentuate the 'feeling' of a scene; for example, cold, emotionless scenes can have a cool tint, while passion-filled sequences could go golden if the director so chooses.

The fascinating Movie Bar Code Tumblr illustrates a film's color script by compressing film frames into a single average color, then displaying all those frames in a giant bar code. Just look at the differences between films like "The Matrix" (which hops in and out of the green Matrix world and has deep, dark sequences) and "Pleasantville" (which starts in color, jarringly shifts to black and white, then slowly reintroduces color again).  A few curated, contrasting color scripts have been collected by Visual News.


The "Man of Steel" teaser, containing footage released nearly a full year before the finished film allows audiences who are interested in visual effects and color timing to peek behind the curtain and witness some of the choices made by the filmmakers over the course of that year.


As you can see from the still frame comparison, a few changes were made from teaser to final film:

- snow - Falling snow was added to the final film with visual effects. The surrounding shots in the final film are significant time cuts, so the snow was not added for continuity reasons.
- color grading - The environment has been cooled off, draining any warm values away, skewing towards cyan (underlining the cold isolation Clark Kent is feeling at this moment). Clark's skin tones have been warmed up a touch, while it appears some blue was taken away from the sky, possibly in an effort to balance the shot. Without the sky tint, the shot could have appeared monochromatic and dull. The slight bit of yellow in the sky fights with the predominantly blue/cyan frame, giving it a counterbalanced palette.
- lens flare - The addition of a lens flare in the final film is what inspired me to investigate the shot in the first place, since I didn't remember seeing the flare in the teaser.  One could argue that the flare adds a bit of punch to the shot, but one could also argue that the shot doesn't need any additional punch. Conceptually, a lens flare adds visual excitement to a shot. Does this particular shot need it? The shot is about isolation; at this point in the film, Clark is on a solitary journey, hopping from job to job like a nomad, in an attempt to conceal his true power and identity. Does this shot require a visual exclamation point to convey these feelings? Also, from a practical point of view, the exterior scene is completely overcast, and the synthetic flare's source is the side of the truck's headlight housing, which makes the addition of the lens flare that much more curious. The camera is nowhere near the light cone of the bulb.

Another curiosity noticeable on the single frame comparison is the significant difference in clarity of Clark's eye. Even more strange: the final film frames before and after this particular frame do not have this 'touch up'. Why would this single frame be isolated for a paint job on Clark's eye?


When the shot is lined up both temporally and spatially and run through a difference filter, we can see the changes between the teaser and final film more clearly.  The warm/red tones of the difference composite indicate the areas that were cooled off. One can also notice the addition of the lens flare (which shows up as a bright glow in the difference composite).

The difference composite also solves the mystery of Clark's eye. His eye socket is actually being lifted (and warmed) due to a soft lens reflection, tied to the additional animated lens flare. Careful study of the difference composite reveals the lens reflection in his hair on the frame before, and against the sky in the frame after. The reflection element is effectively boosting Clark's eye on that single frame which clears up his sunken eyes, which gives the feeling of increased clarity. Watch the HD video for the complete analysis.

MAN OF STEEL Comparison on Vimeo
Stu Maschuwitz has written extensively about the emotional effects of color timing, so if you're interested in this kind of stuff, you should read Stu's work. I particularly like his comparison of deleted scenes telecine footage with the final color timed film.
Posted by Todd at 12/11/2013 09:22:00 AM 2 comments:

It's bake-off time! David S. Cohen of Variety has the scoop on the list of films that will be going to the visual effects bake-off for this year's 86th Academy Awards.

The list of 10 films was determined by the Executive Committee of the Academy's visual effects branch (which, in the past, has been populated by 40 people).

The 10 films will each present a 10 minute reel of finished work at the bake-off in January to the full membership of the Academy visual effects branch, along with a quick introduction and post-reel Q&A. After the 10 films have presented, all members of the visual effects branch vote for the five Oscar nominees. Ultimately, the full Academy membership votes for the winners of the Academy Award in every category. 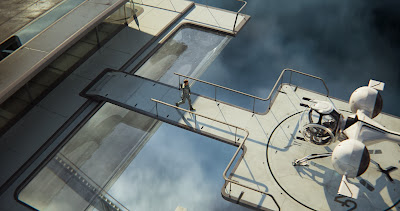 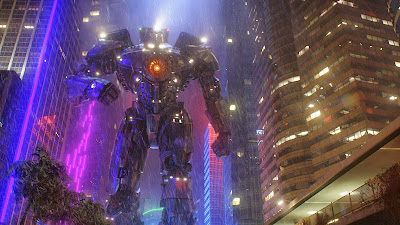 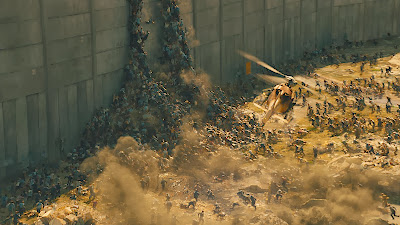 Like last year, the two-step process of an initial list of 15 films whittled down to 10 films was scrapped.  Although the branch used the 15-to-10 process for the 84th Academy Awards, which gives the Executive Committee a chance to catch up on all 15 films, the accelerated rate of the Academy schedule for the 85th and 86th awards meant that the final bake-off list needs to be available in the first week of December of each year.  The 15-to-10 process started for the 80th Academy Awards (for which "The Golden Compass" ultimately won the Oscar).

Congratulations to all of those participating in the bake-off.