The "Die Hard At The White House" Franchise 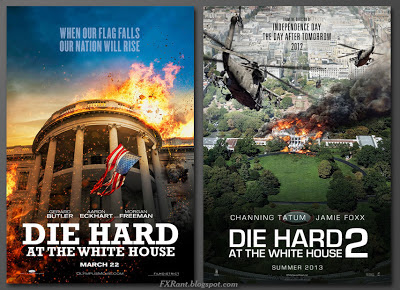 Ten years ago, "The Matrix" sequels "Reloaded" and "Revolutions" were released within 178 days of each other, and held the record for shortest time between blockbuster franchise sequels. This year, that record has been broken.

Some audiences might be a bit confused since Channing Tatum has taken over the role of the heroic Secret Service Agent (from Gerard Butler), and apparently the President is now Jamie Foxx (perhaps original President Aaron Eckhart was impeached between films). Producers of "Die Hard At The White House 2" plan to excite audiences with even more high-octane machine gun fights, action sequences of helicopters shooting up Washington D.C. monuments, the White House exploding in giant fireballs and general, garden-variety-White-House-destruction-porn.

The sequel also promises to have even bigger, flappier American flags triumphantly being raised, exciting visual effects shots of Air Force One completely blowing up mid-flight, and apparently much more comedy than the original.  Producers also promise to explain how the White House could be rebuilt so quickly after the events of the original film. 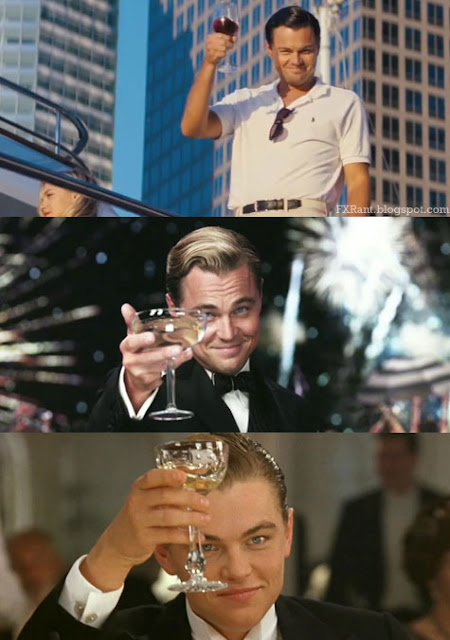 The latest toast is from Martin Scorsese's "The Wolf of Wall Street".  Previous toasts include "The Great Gatsby" (2013) and "Titanic" (1997).  Come on internet, someone make a YouTube supercut montage of DiCaprio toasting.