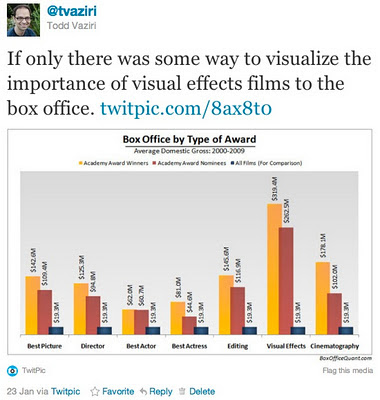 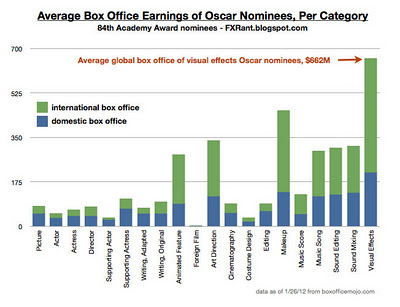 I bet if you took a list of the biggest money-losers of the last 20years, you'd find most of them were big FX movies, too.

What, exactly, is a 'money-loser'?

Draw any conclusions you want from the chart. Perhaps my mini-conclusion - 'visual effects films get people into the theaters' - is flawed or invalid.

I hear the same thing about computer games over and over again, that one day they’ll be so advanced they’ll serve the same purpose of films. What these people seem to neglect however is that film is not an interactive medium, it’s a passive experience that uses storytelling and characterisation to make us care about what we are seeing on screen. Videogames may look amazing but you wouldn’t want to just watch them, would you? After all you don’t really care about your character on screen unless you have the controller in your hand.

Outstanding post, though I would not have expected anything less from you.Your blog is very interesting and I have learned a lot of importance from this.