Visual Effects, Oscars and the Box Office in 2013 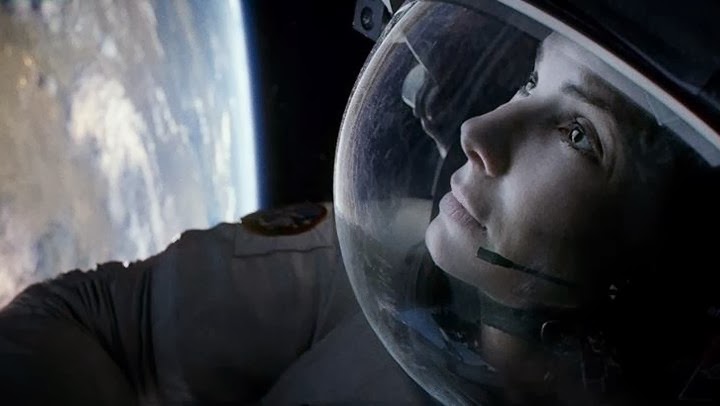 Just as I did for 2012 films and 2011 films, I thought it would be interesting to track the average global box office grosses from this year's Academy Award nominees, per category. 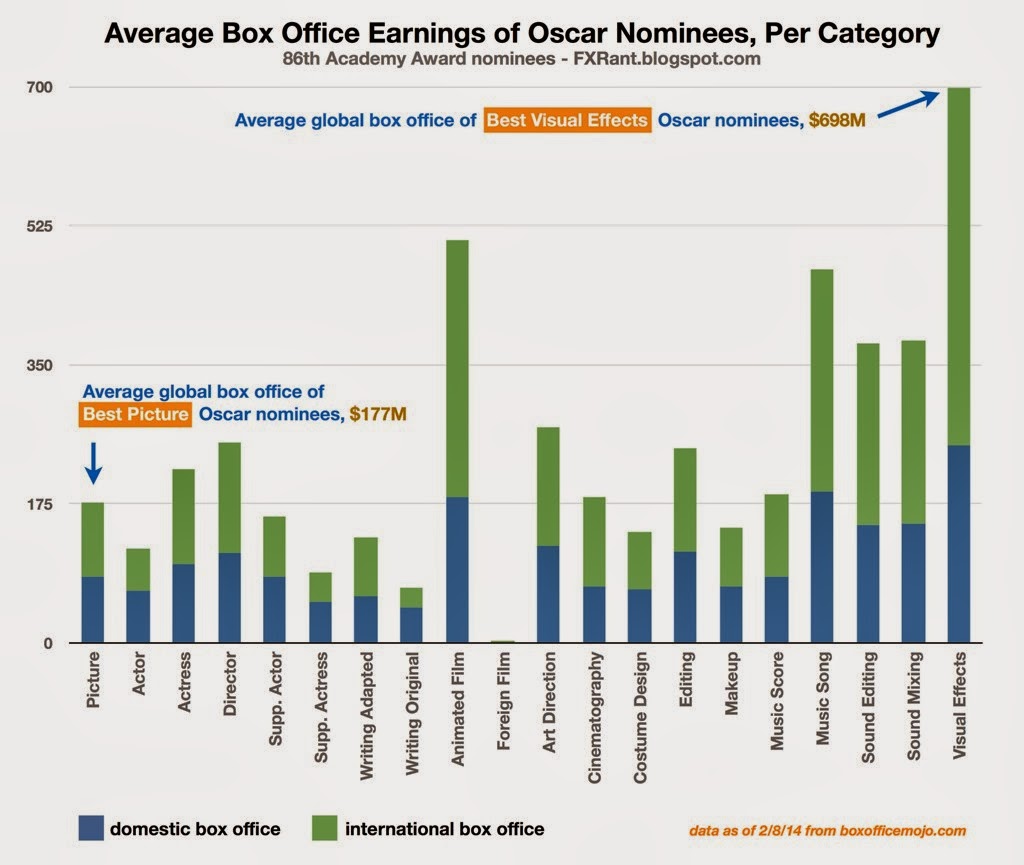 This year's numbers, compared to the last two years, were heavily skewed by the box office behemoth "Gravity" which, tied with "American Hustle", earned more nominations than any other film. With a worldwide gross of nearly $700M, "Gravity" radically boosted the average box office of all 10 categories it was featured; compared to the last two years, this is anomalous.

For context, here are the top two nomination earners and their global box office take over the last three years:

But at the top of the heap, yet again, is the visual effects category. Buoyed by "Gravity"'s giant earnings, the average visual effects Academy Award nominee earned $698M globally.  Even with earning nearly $700M, "Gravity" is actually the third highest grossing film of the category, after "Iron Man 3" ($1.2B) and "The Hobbit 2" ($855M).

Repeating what I've said in the past, this chart should surprise no one.  I wrote all my caveats and explanations in previous articles, so I won't rehash them here.  Put simply, the average box office earnings from 'the best' visual effects films films far exceeds any other discipline's 'best' work.


Showing my work, CSV of this year's data.