"Raiders of the Lost Ark:" Shadows and Silhouettes 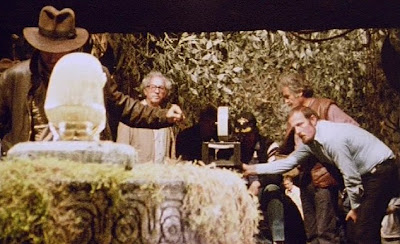 In anticipation of the latest Indiana Jones film (which comes to theaters on May 22), let's take a look back at the work of extraordinary cinematographer Douglas Slocombe, who shot the first three Indiana Jones films. 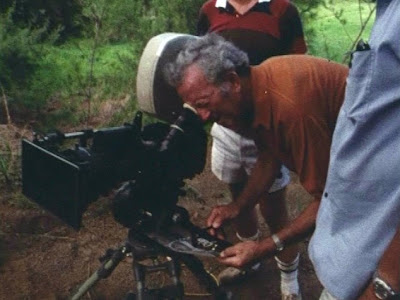 By the time of "Raiders of the Lost Ark," (1981) Slocombe was a veteran cinematographer, with a rich and varied filmmography in both the United States and in England, and both in black and white and color. He was nominated for three Academy Awards (including "Raiders"), and for ten British Academy Awards (winning three, for "The Servant" in black and white, and for "The Great Gatsby" and "Julia" in color).

His photography gave "Raiders" a classic feel, visually paying homage to the matinee thrillers of the 1930's, while also raising the level of quality and aesthetics of 1980's blockbuster filmmaking. The collaboration between director Steven Spielberg and Slocombe is the reason why "Raiders" remains, to this day, one of the best looking action movies of all time. 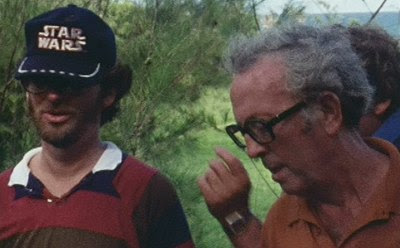 Director Steven Spielberg and Douglas Slocombe, on location for "Raiders of the Lost Ark."

In this, the first of several posts paying tribute to the cinematography of "Raiders," we look at Slocombe's use of shadows and silhouettes. Enjoy. 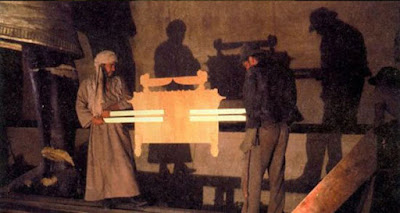 UPDATE, 2/20/2016: Here's a peek behind the curtain, showing exactly how the production photographed the shadow of Sallah and Indy carrying the ark. That's a cutout of the ark, to cast the perfect profile shadow on the wall. Look how awkwardly John Rhys-Davies is forced to hold the "ark". Movie magic at its best.

Coming up next: Slocombe's photography of eyes in "Raiders."

It can't get any better than this.

Indiana Jones is nothing compared to slocombe's eye cinema in his other films, everyone mentions indiana jones and forgets about films like great gatsby and never say never again for starters along with about a few dozen other films of slocombe's fantastic cinematography.. Its pathetic to only mention indiana jones and just goes to show how many people only watch blockbusters and not real cinema from the past.